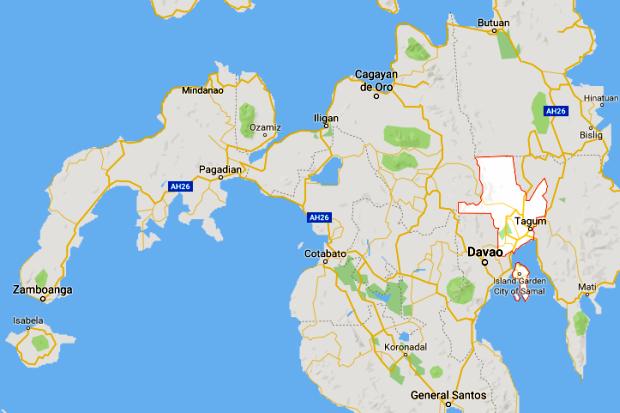 DAVAO CITY — A continuous heavy downpour brought about by the tail-end of cold front triggered flooding in the Davao Region, displacing 2,104 families who evacuated in the province of Davao del Norte on Saturday evening, Jan. 26.

The families in flood-hit towns of Asuncion, Kapalong and New Corella were pre-emptively evacuated, according to Glenda Delideli, head of the Davao del Norte Provincial Disaster Risk Reduction and Management Council (PDRRMC).

The displaced families took refuge in various shelters in their communities as flooding continued, she said.

Some roads were still impassable and power lines in Barangay Sagayen, Asuncion were disconnected from the power grid by Davao del Norte Electric Cooperative under the National Electricatio Administration to avoid accident.

“The governor has also activated the Incident Command System to closely monitor the effects of the heavy rains in their respective area of responsibility,” Delideli said.

In Compostela Valley province, a total of 330 families were evacuated in the towns of Monkayo and Laak. Displaced families were staying in Purok Center, a public school and a local church.

The Compostel Valley PDRRMO reported that a certain Rommel Gogo died in a landslide in Barangay Tapia, Montevista town at 3:17 p.m. Saturday, according to Montevista information officer Edwin Antia.

In Davao City, city disaster risk reduction and management officer Alfredo Baloran advised residents in areas vulnerable to flooding to prepare for preemptive evacuation once the orange flooding alert had been raised due to the continuing rise of the water level of Tamugan River, which feeds into the Davao River.

Leslie Francisco, spokesperson of the Office of Civil Defense in Southern Mindanao, told Inquirer flooding was also reported in the town of Talaingod in Davao del Norte.