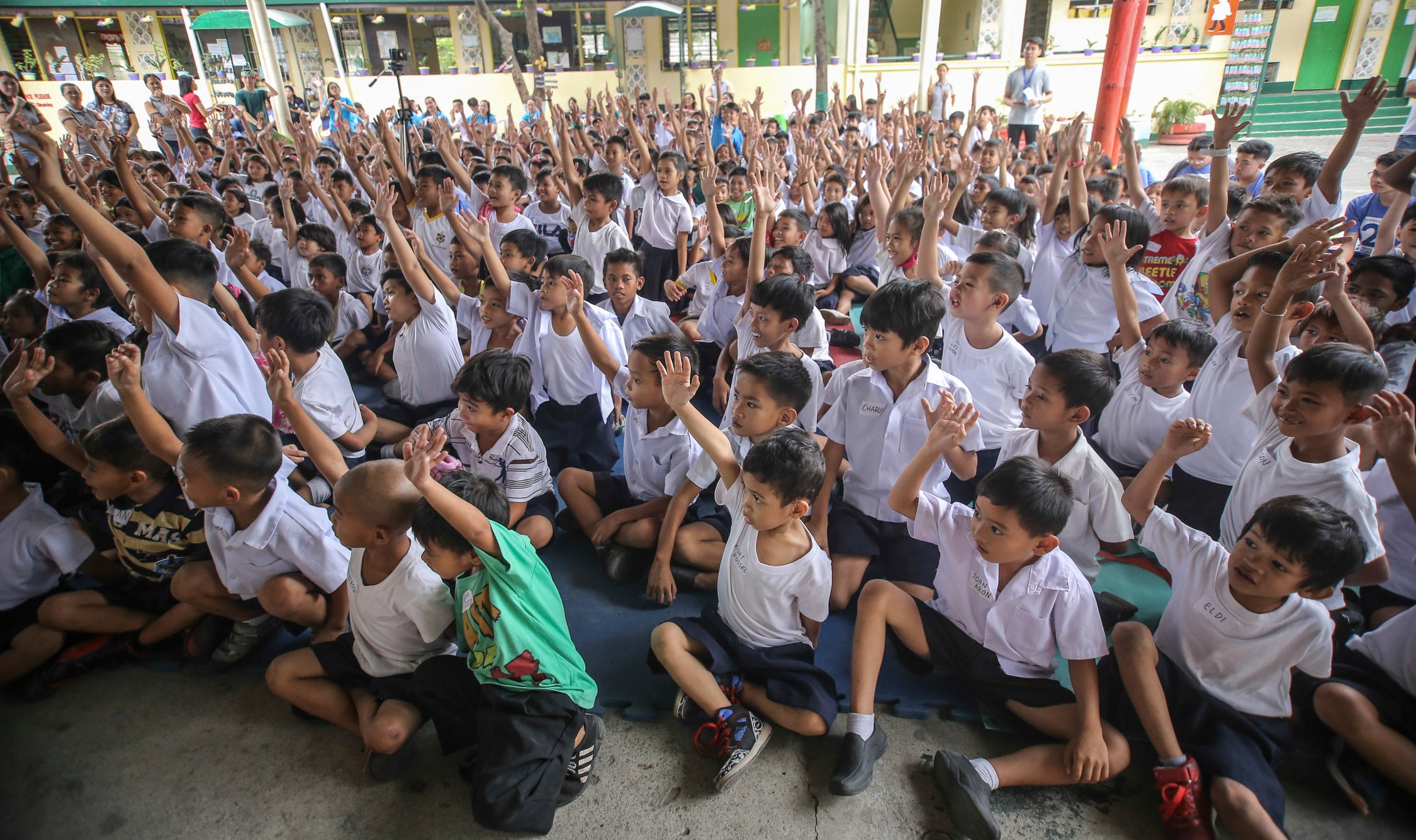 Over 400 pupils of Tugatog Elementary School in Meycauayan City, Bulacan listen to inspiring tales of generosity, gratefulness and kindness during the morning session of the Inquirer Read-Along on Friday. Photo by Earvin Perias/Inquirer

Over 400 pupils learned valuable lessons on generosity, gratefulness, and compassion through the Inquirer Read-Along storytelling session on Friday at Tugatog Elementary School in Meycauayan City, Bulacan.

The morning session was Read-Along’s 10th-year collaboration with Adopt-a-Kid, an outreach project of Sophian high school students for poor pupils in public elementary schools in this city.

Sophian teachers Pauline Morenos, Belle Limos and Jonas Alaba read “Si Langgam at Si Tipaklong,” an Aesop fable retold by Alberta Angeles. It is about a diligent ant which is relentless to store food—despite the distraction of its grasshopper pal to play instead—for the rainy season. 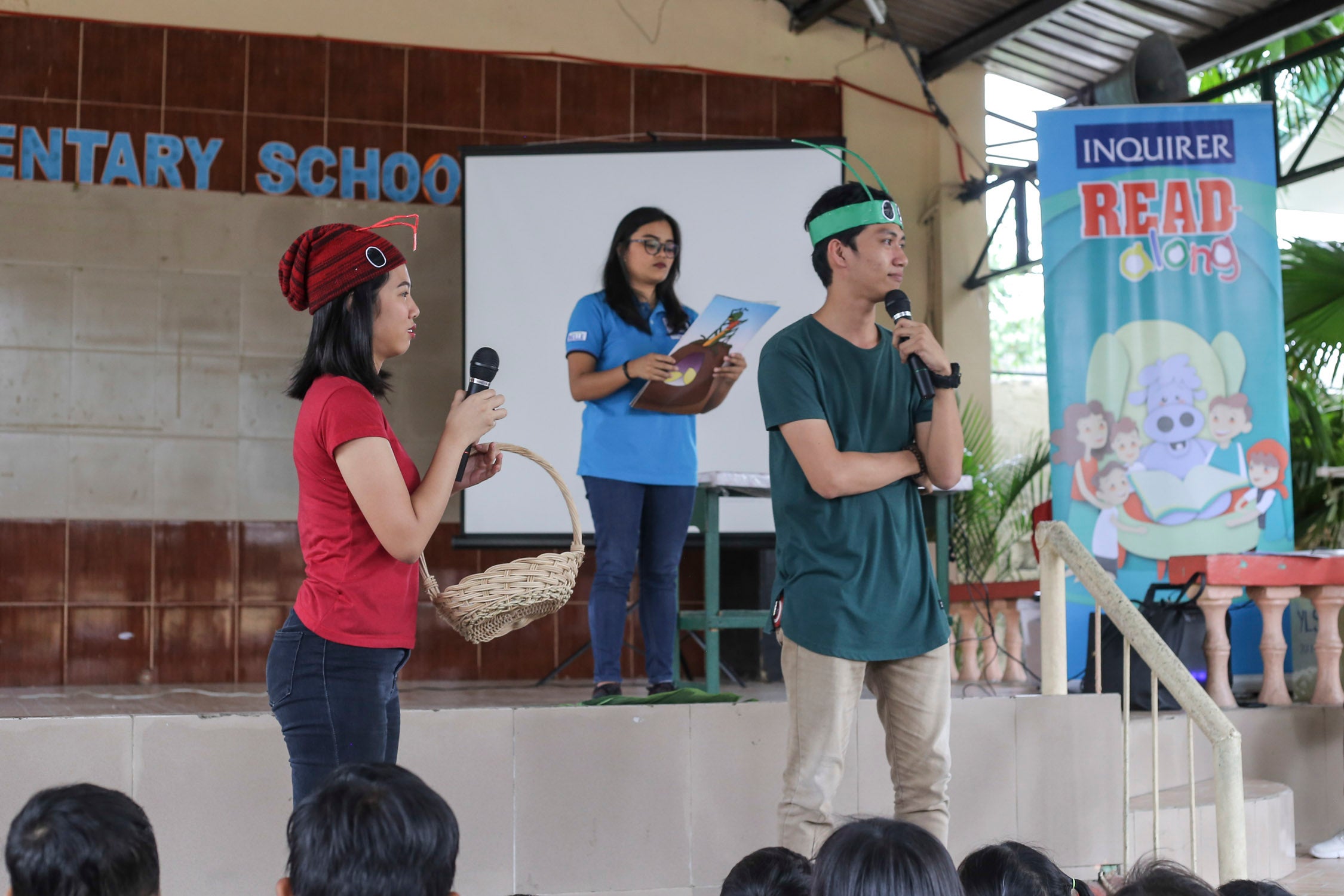 Sophia School teachers Pauline Morenos, Belle Limos and Jonas Alaba read “Si Langgam at Si Tipaklong,” about a diligent ant which is relentless to store food—despite the distraction of its grasshopper pal to play instead—for the rainy season. Photo by Earvin Perias/Inquirer

Teng, a returning storyteller, read Mike Bigornia’s “Si Putot,” about a dog which envies other animals with longer tails. It later realizes that having a short tail is not a disability nor something to be ashamed of.

Teng encouraged kids to embrace uniqueness and to turn insecurity into positivity.

“Appreciate what you have and make the most out of it. You are unique and what makes you unique makes you beautiful,” Teng said. 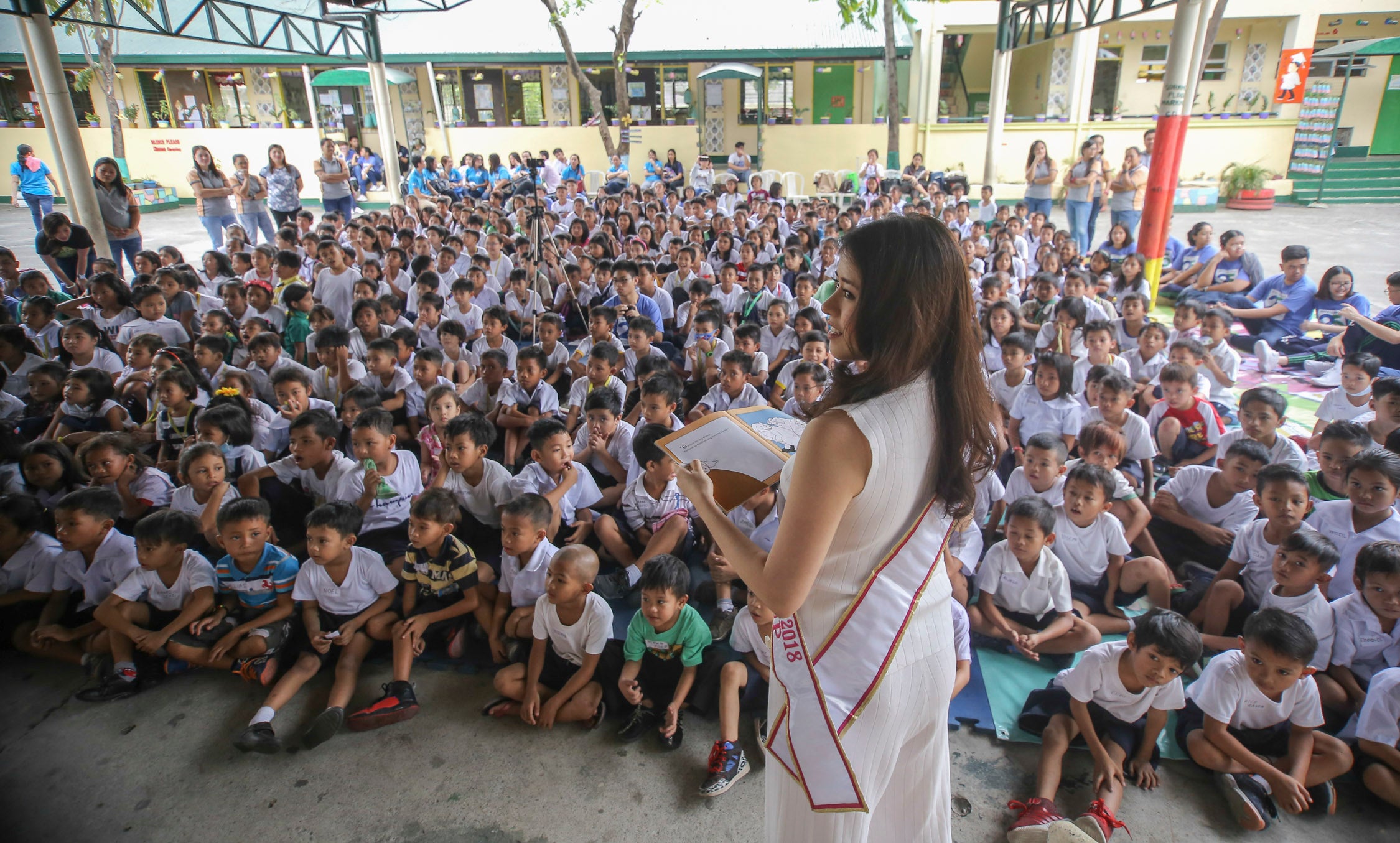 Saldua read “Rosa Albina” by National Artist for Literature Virgilio Almario. It tells of how a conceited carabao learns to be humble and to get along with others.

Saldua said that more than a lesson on humility, the story teaches kids to show kindness despite being mistreated by others.

“Always approach people with a kind heart no matter who they are. You’ll never know that you may be the one to inspire them to become a better person,” Saldua said. 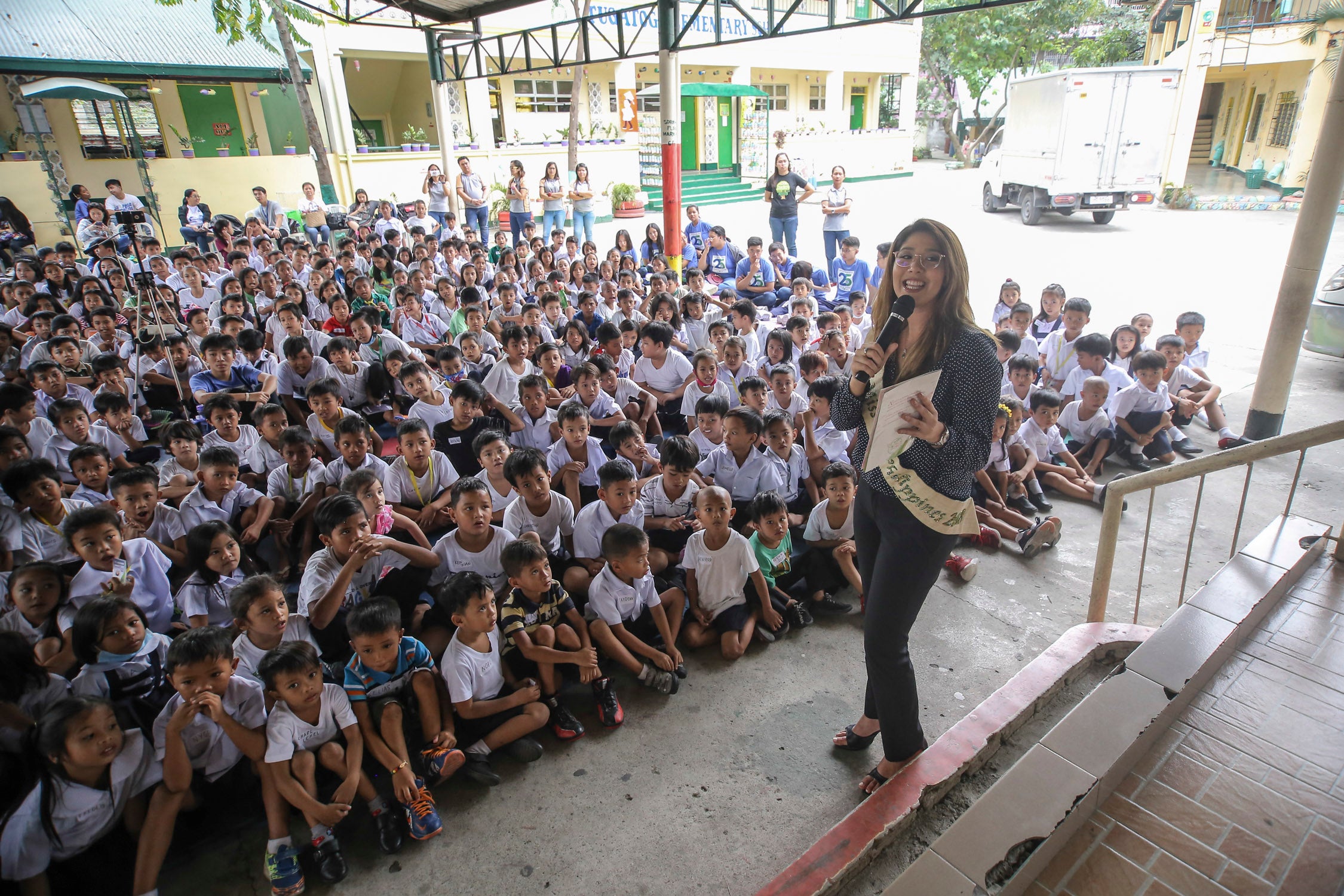 Miss Air-Philippines 2018 Zahra Saldua reads “Rosa Albina,” about a conceited carabao which learns to be humble and to get along with others. Photo by Earvin Perias/Inquirer

Since 2007, over 20,000 kids aged 7-13 from about 50 cities nationwide have joined the program and has featured over 400 celebrities, leaders, educators, and other youth role models as storytellers. – Rafael L. Antonio, Inquirer Research