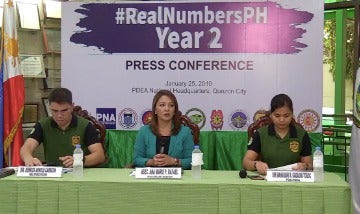 MANILA, Philippines — Almost 10,000 villages across the country have already been declared free from illegal drugs by end of 2018, the Philippine Drug Enforcement Agency (PDEA) reported Friday.

This, PDEA noted, trims down the number of barangays yet to be cleared of illegal drugs to 22,467.

Meanwhile, seized drugs and laboratory equipment amounted to P25.62 billion in 2018. Of this, methamphetamine, locally known as “shabu,” amounted to P18.83 billion.

A total of 271 drug dens were also dismantled last year, resulting to arrest of 1,899 drug suspects and confiscation of 10.01 kilos of shabu and 11.48 kilos of marijuana, according to PDEA.