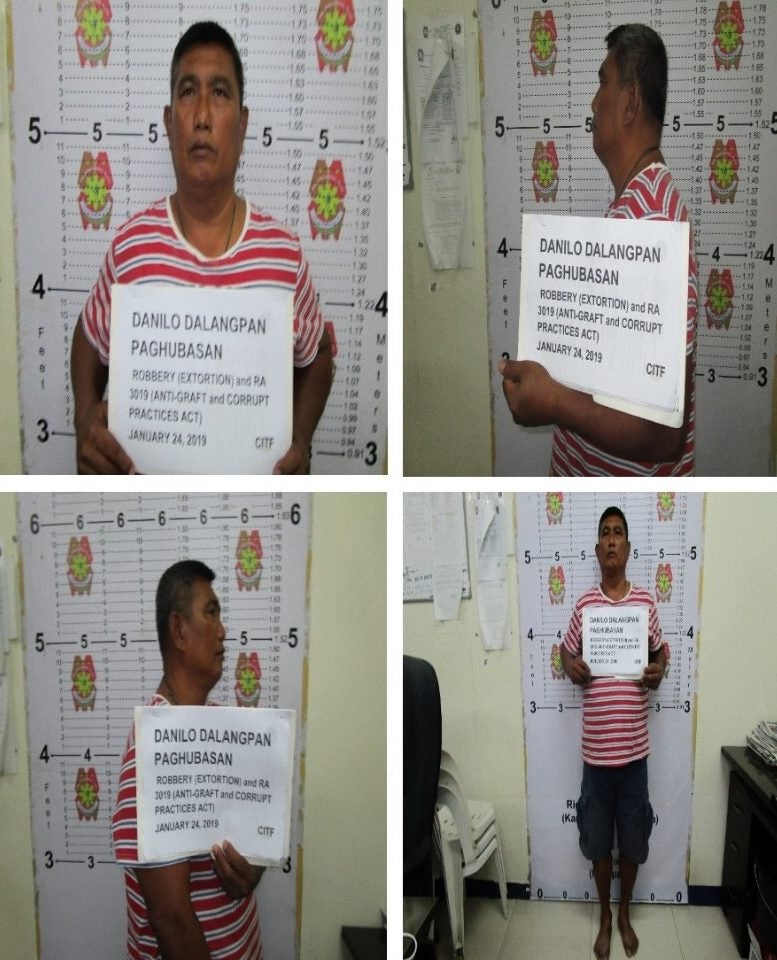 MANILA, Philippines — A deputy commander of a Makati City Police community precinct was arrested on Thursday by the Philippine National Police Counter-Intelligence Task Force (PNP-CITF) for allegedly extorting money from “habal-habal” (motorcycle taxi) drivers in exchange for them not being issued traffic violation tickets.

Operatives of the CITF arrested SPO4 (Senior Police Officer 4) Danilo Paghubasan after receiving P15,000 in marked cash from an alias Jao, a “habal-habal” driver, during an entrapment operation in Taguig City.

Paghubasan, a deputy commander of the Makati City Police Community Precinct 9, allegedly demanded cash from Jao as “membership fee” in the organization of motorcycle drivers operating along the C5 Road in Palar Village in Taguig City.

The suspect allegedly warned Jao that he will not be allowed to pick up passengers and will be issued a traffic violation ticket if he refuses to pay the said amount.

Aside from the membership fee, Paghubasan, a resident of Taguig City, also allegedly collects P150 daily from 40 “habal-habal” drivers in the area, including Jao, for a total of P6,000 a day.

Speaking to reporters, Jao said he earns around P1,600 daily from being a “habal-habal” driver.

A report from the CITF pointed to police officers assigned to the Taguig City Police Community Precinct 8 as Paghubasan’s alleged cohorts. Lambojo said they have yet to identify other police officers who may be involved in the extortion ring.

According to a report from the CITF, Paghubasan was not seen at the police community precinct when the surveillance operation was conducted during a period of two weeks. He was instead seen in plain clothes at the illegal terminal for “habal-habal” drivers, police said.

Paghubasan, 54, is just two years away from mandatory retirement from the police service.

He is now detained at the CITF office in Camp Crame and will be facing complaints in violation of Article 293 of the Revised Penal Code or robbery through violence or intimidation, and Republic Act 3019 or the Anti-Graft and Corrupt Practices Act.