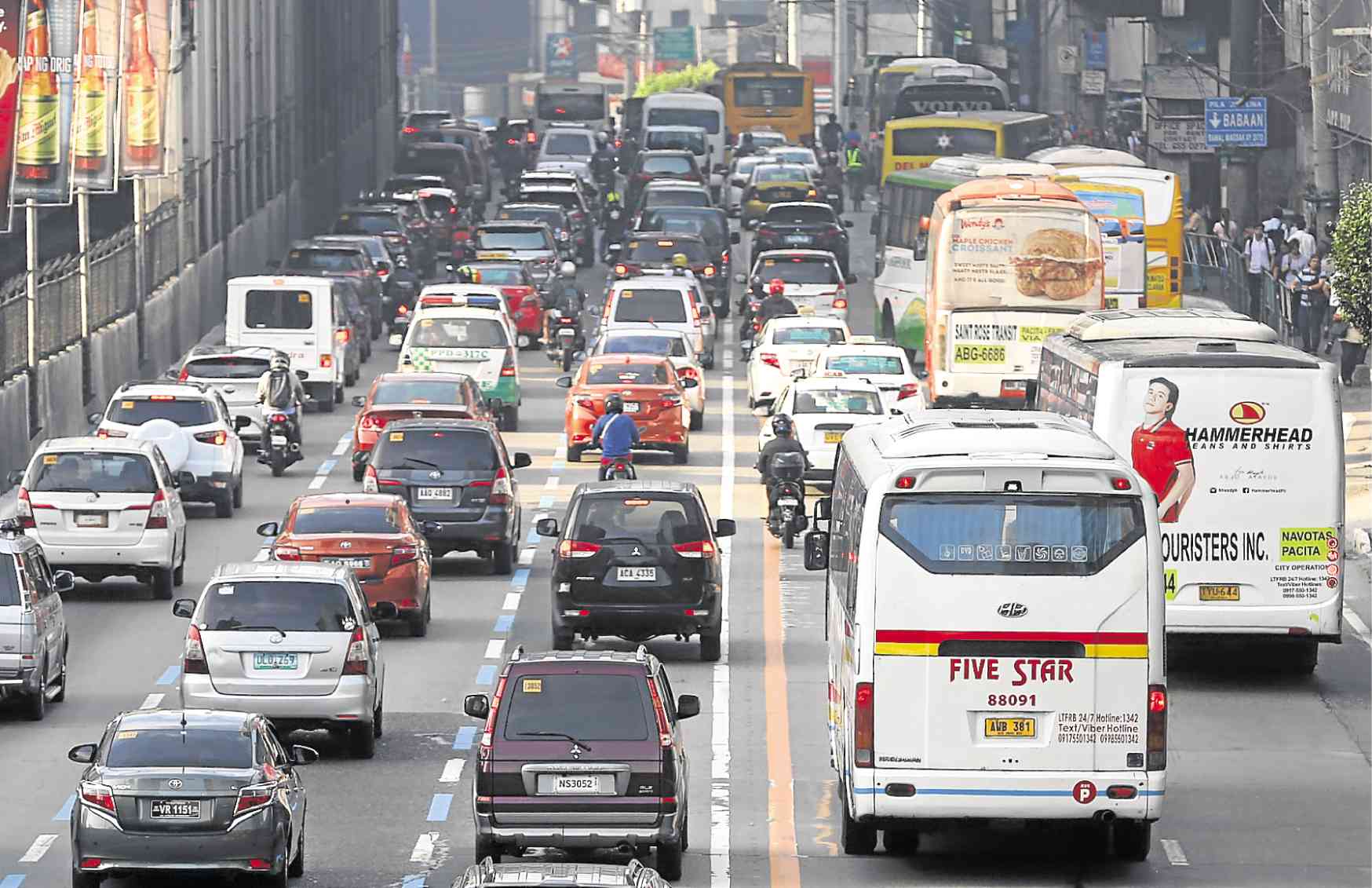 Senate President Pro Tempore Ralph Recto said the government was seeking to increase car registration fees but added that it had not been listed as urgent. NIÑO JESUS ORBETA

Recto disclosed that proposals to raise the MVUC rates have been conveyed to Congress by government officials.

One proposal, he said, “indexes MVUC to inflation, meaning it will be raised based on the inflation rates through the years.”

But Recto said these have not moved in Congress for lack of a “determined push by the executive and a presidential certification” that it was an urgent measure.

As early as two years ago, Recto said he already warned of a “three strike package” being prepared by the new government against motor vehicle owners.

The three, he said are the additional excise tax on fuel, higher taxes on motor vehicles and adjusting the MVUC.

The first two have already been implemented through the Tax Reform for Acceleration and Inclusion (Train) law, the senator said.

He said government should now be content that P46.25 billion in MVUC collections can now be booked, rightfully, as tax, and they must be reflected as such in revenue reports.

Congress just ratified this week a bill abolishing the Road Board, which currently oversees the funds collected from the road user’s tax.

Once the board is abolished, the funds will be included in the annual General Appropriation Act to be used solely for the construction, upgrading, repair, and rehabilitation of roads, bridges and road drainage.

For 2019, Recto said the government projected to collect P13.93 billion from MVUC.

“The end na ang Road Board. But raising car registration fees should not be its sequel. Hindi ito dapat ang next picture,” Recto said. /cbb

Read Next
Cebu bettor wins P63M Mega Lotto 6/45 jackpot
EDITORS' PICK
10 Filipinos positive for COVID-19 in UK, 7 in Ireland — envoy
Nograles: Cabinet members to donate 75% of monthly salary to aid COVID-19 fight
Quick chat with Nicole Andersson: ‘You really don’t need much to be happy’
IATF to LGUs: Issue ordinances vs attacks on frontliners, COVID-19 patients
Diokno to Duterte: OK to make fun of buck tooth, but focus on people’s needs first
Robredo spox thanks Duterte for defending VP’s efforts vs COVID-19
MOST READ
Coronavirus hotbed Rizal to shut borders on April 6
Gov’t mulling quarantine period extension of 15-20 more days
ADB warns PH against prolonged lockdown
Sotto on Isko Moreno’s call: We do our job without the media following our every move
Don't miss out on the latest news and information.