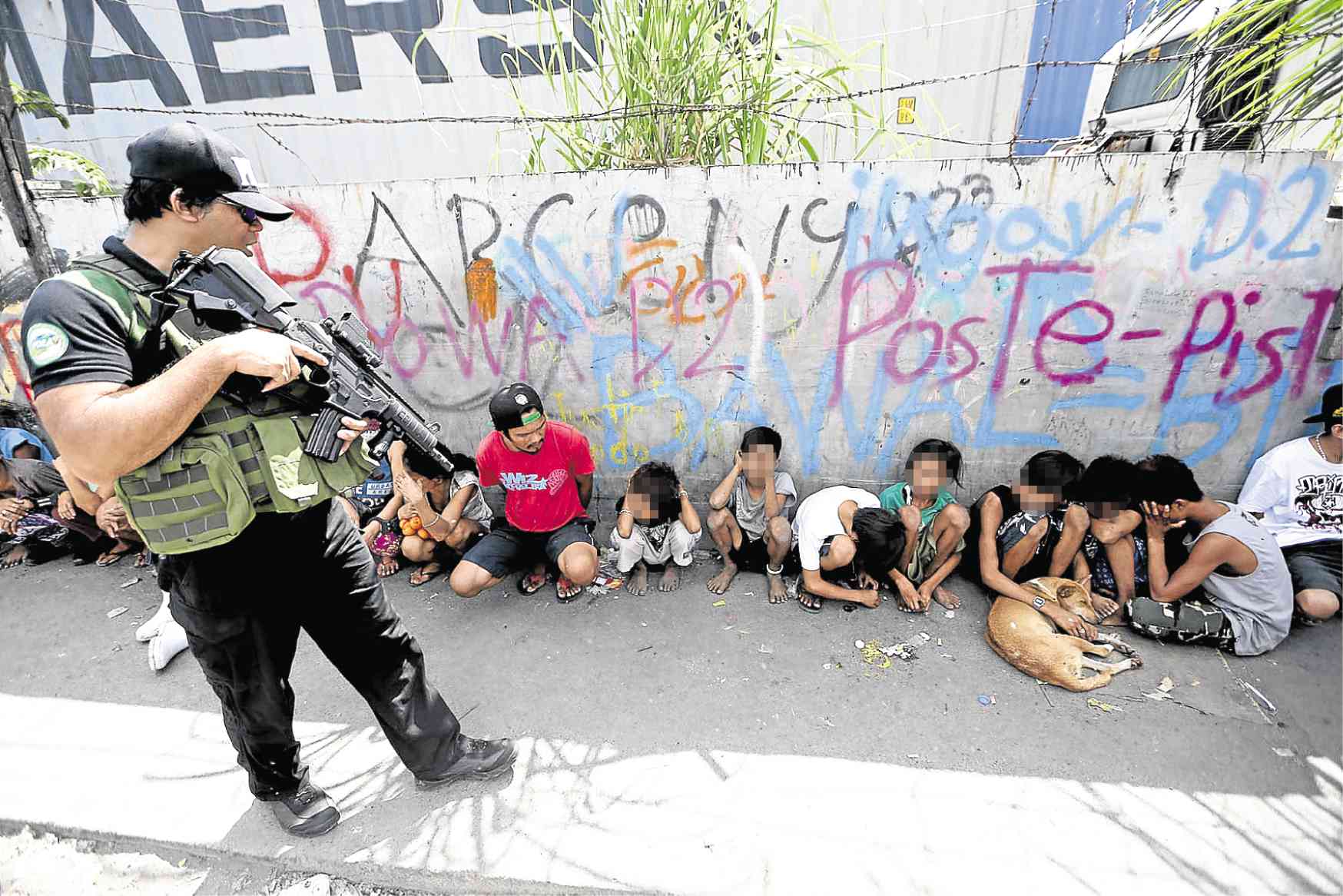 The Philippine Drug Enforcement Agency (PDEA) is set to file charges of child abuse and neglect against the parents of 12 minors who were “rescued” last week from suspected drug dens in Navotas City.

Under Republic Act 7610, parents or guardians are liable if they are unable to protect their children against abuse, exploitation, and discrimination, or are the ones perpetrating such acts.

“PDEA emphasizes the important role of parents in keeping these kids off the streets. The parents, as head of the basic unit of society, must provide their children the basic services needed for a good quality of life,” PDEA Director General Aaron Aquino said on Tuesday.

The operation also led to the arrest of 15 drug suspects, including two alleged pushers who used the minors as couriers or drug den maintainers.

PDEA, however, later drew flak from netizens and a lawyers’ group who accused the agency of humiliating the minors, particularly when they were “interrogated” in front of media cameras.

In its defense, PDEA said the operation was part of “Project Sagip Batang Solvent,” which was aimed to protect children from illegal drug activities through a “reformative, reintegrated intervention program.” It also stressed that the raid observed proper procedure under Republic Act 9344, or the Juvenile Justice and Welfare Act of 2006.

According to PDEA, the 12 minors were later turned over to Navotas City’s Bahay Pag-asa, a residential facility managed by the social welfare department for children in conflict with the law. —Mariejo S. Ramos