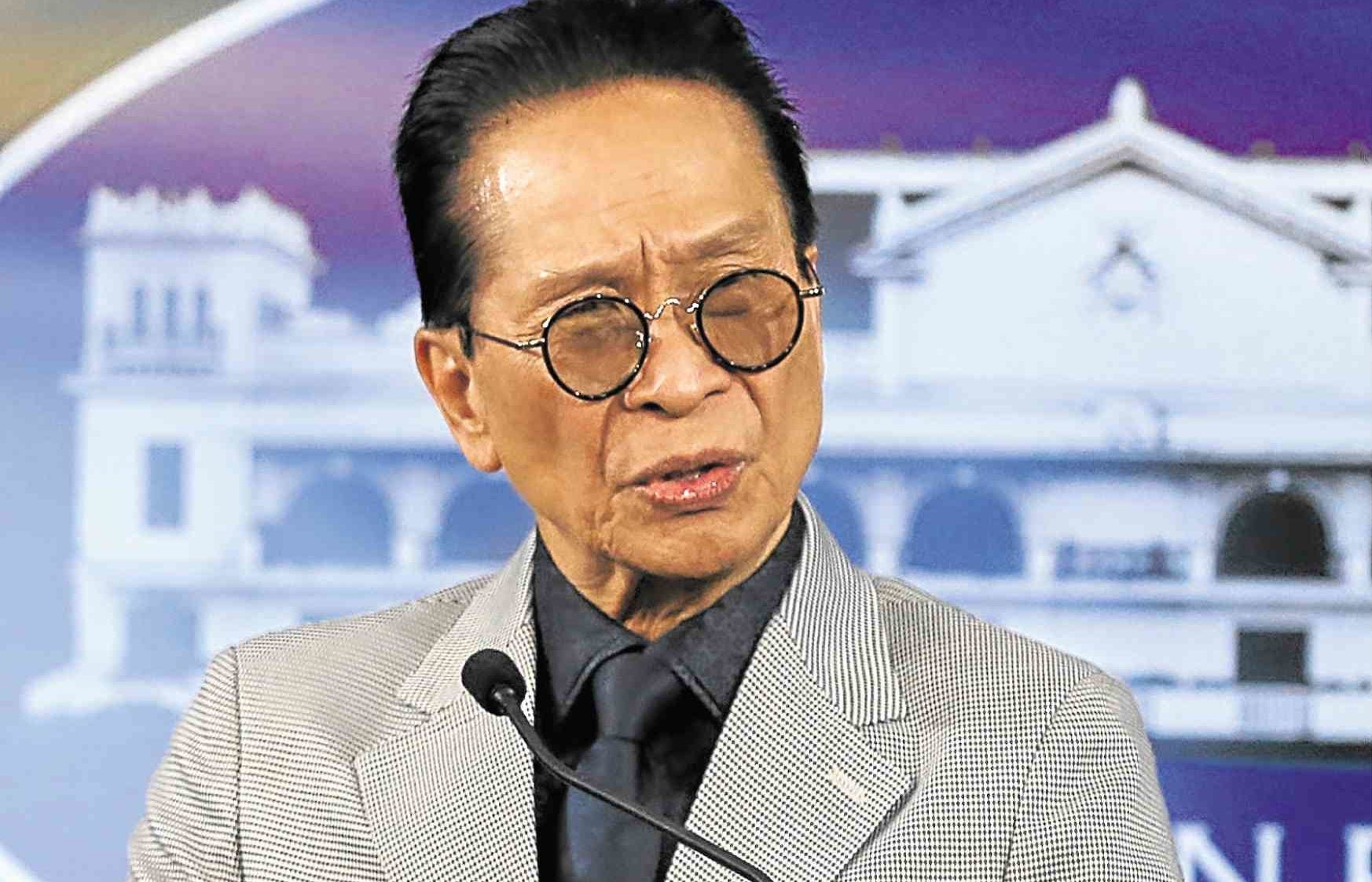 “Evidently, the legislative proposal is being drowned by the critics and detractors of the Administration,” Presidential Spokesperson Salvador Panelo said in a statement.

“They simply have not read the provisions of the bill hence their opposition is based either on blissful ignorance or pretended misinformation,” he added, noting that critics are unaware of the reality that criminals “use the present law in exploiting the children.”

Panelo issued the statement as he again lambasted United Nations Special Rapporteur Agnes Callamard for joining the growing number of opposition of the bill.

In a tweet, Callamard described the proposal as “dangerous and potentially deadly.”

READ: Palace: Callamard has no business interfering with Philippine Congress

Panelo reiterated his earlier claim that Callamard, a vocal critic of President Duterte, had no business interfering in the affairs of Congress.

“We find it shameful that United Nations Special Rapporteur Agnes Callamard has again dipped her fingers on the domestic affairs of our country,” Panelo said.

“What is ‘dangerous and potentially deadly’ is her intrusive and ignorant theorem on how a sovereign state deals with its problem with criminality,” he added.

Panelo, who earlier pitched his support for the bill, claimed that “statistics show that there is a surge of offenses committed by children.”

“The intent of the proposed bill is precisely to protect children against criminals who victimize and coerce them to become offenders,” he said.

He also stressed that under the legislation, juveniles who are above nine-years old but below eighteen years of age who commit any criminal offense would be brought to “youth care facilities” supervised by a multi-disciplinary team, which includes doctors, psychologists and social workers.

Panelo, who is also Duterte’s chief legal counsel, further argued that like in the present law, “discernment” in the proposed bill remains the determining factor whether a juvenile who has committed a crime may be held accountable.

Duterte has been calling for the amendment of the Juvenile Justice and Welfare Act of 2006, which he tagged as the one that allowed the proliferation of “people of criminal minds.”

However, Malacañang has insisted that the President will not interfere and will let Congress work on the proposed law. /cbb

READ: Palace: Duterte ‘will not interfere’ with bill to lower age of criminal liability