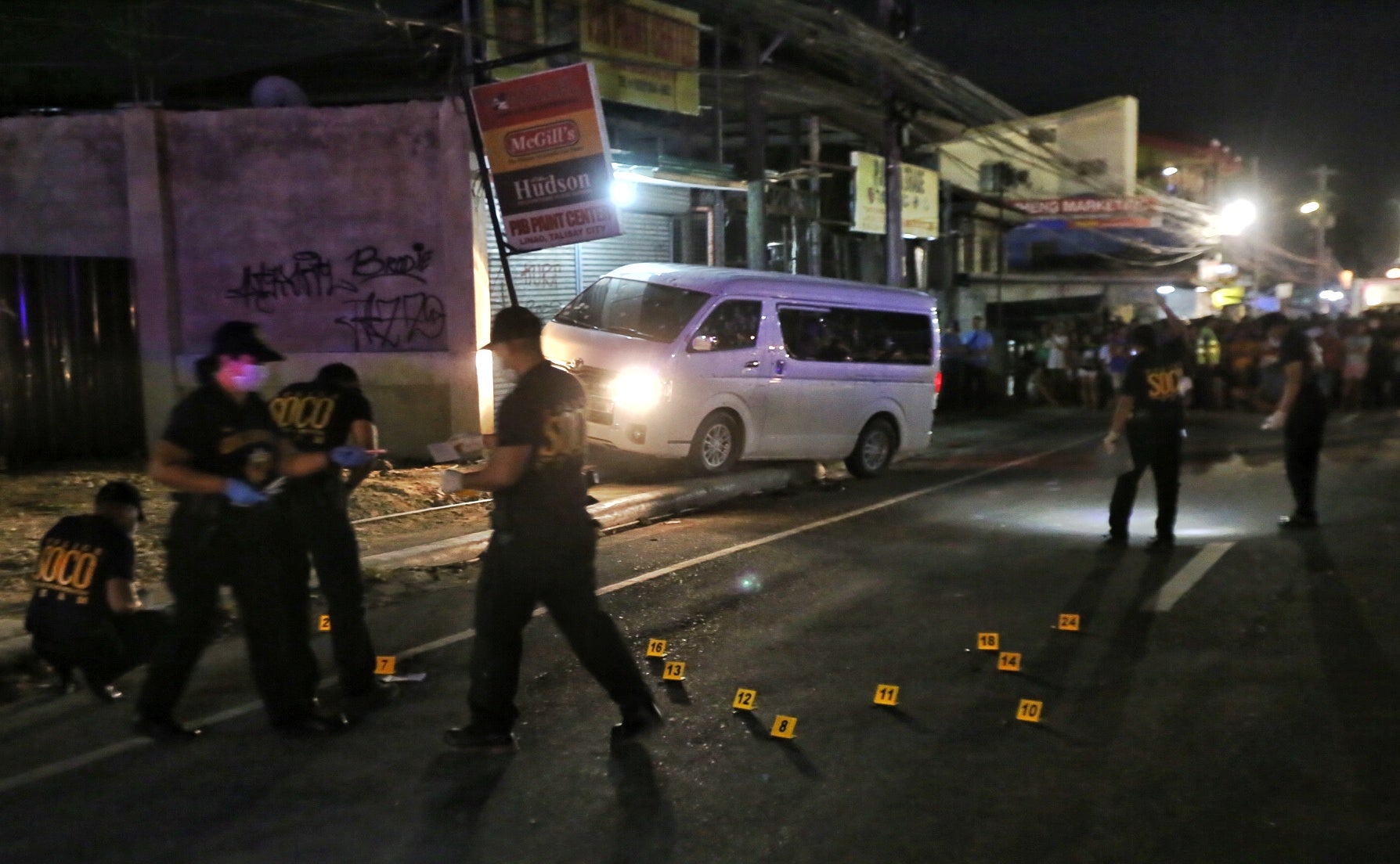 Scene of the crime operatives inspect a van that was ambushed in Barangay Linaw, Talisay City. The van was transporting San Fernando, Cebu, Mayor Lakambini Reluya her husband Ricardo Nonoy and two others when attacked. CEBU DAILY NEWS / JUNJIE MENDOZA

MANILA, Philippines — Malacañang denounced Wednesday the ambush of a Cebu town mayor as it vowed to apply the “full force” of the law on candidates using “illegal” means to win the elections.

San Fernando Mayor Lakambini “Neneth” Reluya and her companions were ambushed in Barangay Linao, Talisay City at around 6 p.m. Tuesday.

Reluya, along with two others on a van, survived the attack but three others were killed.

“We deplore the ambush of San Fernando, Cebu, Mayor Lakambini Reluya and pray for her speedy recovery,” Presidential Spokesperson Salvador Panelo said in a statement.

During the election period, Panelo said “political rivalry is fever pitch resulting in the upsurge of election-related violence. “

“This unfortunate and standard norm cannot continue and the culture of violence that has characterized the electoral process will have to end,” he said.

He said citizens “must be vigilant and it must put to notice law enforcement authorities on any brewing electoral violence between and among the candidates and their followers in their respective localities.”

“We urge [and] warn the candidates to cease and desist employment of undemocratic and illegal methods to win for the law on accountability shall be applied to them with full force and effect,” he said.

The Palace official said the Philippine National Police (PNP) “has been directed to monitor areas considered hotspots and to enforce the law strictly regardless of who is involved.”

“Violence is anathema to democracy and this administration will not allow nor tolerate any violence unleashed by any person or group that puts the voters and the general public at risk,” he said. “The President is committed to shepherd peaceful, honest and orderly elections.”

The ambush of Reluya is among the series of attacks against politicians ahead of the 2019 midterm elections.

Among the high-profile killings include the ambush of AKO Bicol Rep. Rodel Batocabe, who was shot dead in a gift-giving event in Daraga, Albay, in December. /cbb