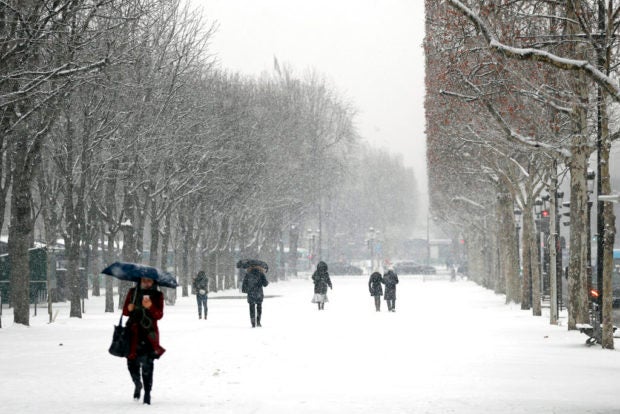 People stroll down on the Champs Elysees avenue during snowfall in Paris on Jan.22, 2019. AP

PARIS — France’s national weather agency Meteo France says a large part of the country is on alert for dangerous levels of snow and ice and urged people to limit their movement.

The area includes 24 departments in northern and central France, and in the Paris area.

Meteo France has issued an orange alert — the second-highest warning level — for snow and ice.

In Paris, about five centimeters of snow fell on Tuesday and the Eiffel tower has been shut down as a precautionary measure. A major road in the Paris region, where 2,000 drivers were trapped for a night in February last year, was closed to traffic in the morning.

The weather agency says the snow should last until Wednesday. /ee