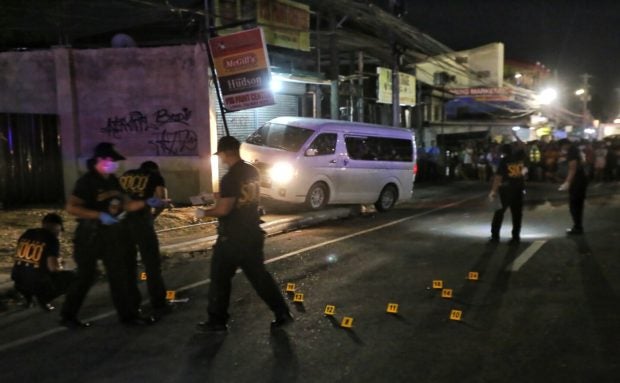 Scene of the crime operatives inspect the vehicle that was ambushed at barangay Linaw Talisay City boarded with San Fernando mayor Lakambini Reluya her husband Ricardo Nonoy and two others. (photo/NUNJIE MENDOZA)

According to the Talisay City Police Station, the shooting incidents took place in Barangays Linao and San Isidro.

Investigators are responding to the areas, as of this posting.

Supt. Marlu Conag, Talisay City police station chief, confirmed that one of the incidents was an ambush in Barangay Linao where allegedly San Fernando Mayor Lakambini Reluya, who was inside a car, and a bodyguard were injured.

He added the victims were brought to a hospital for treatment. /kga