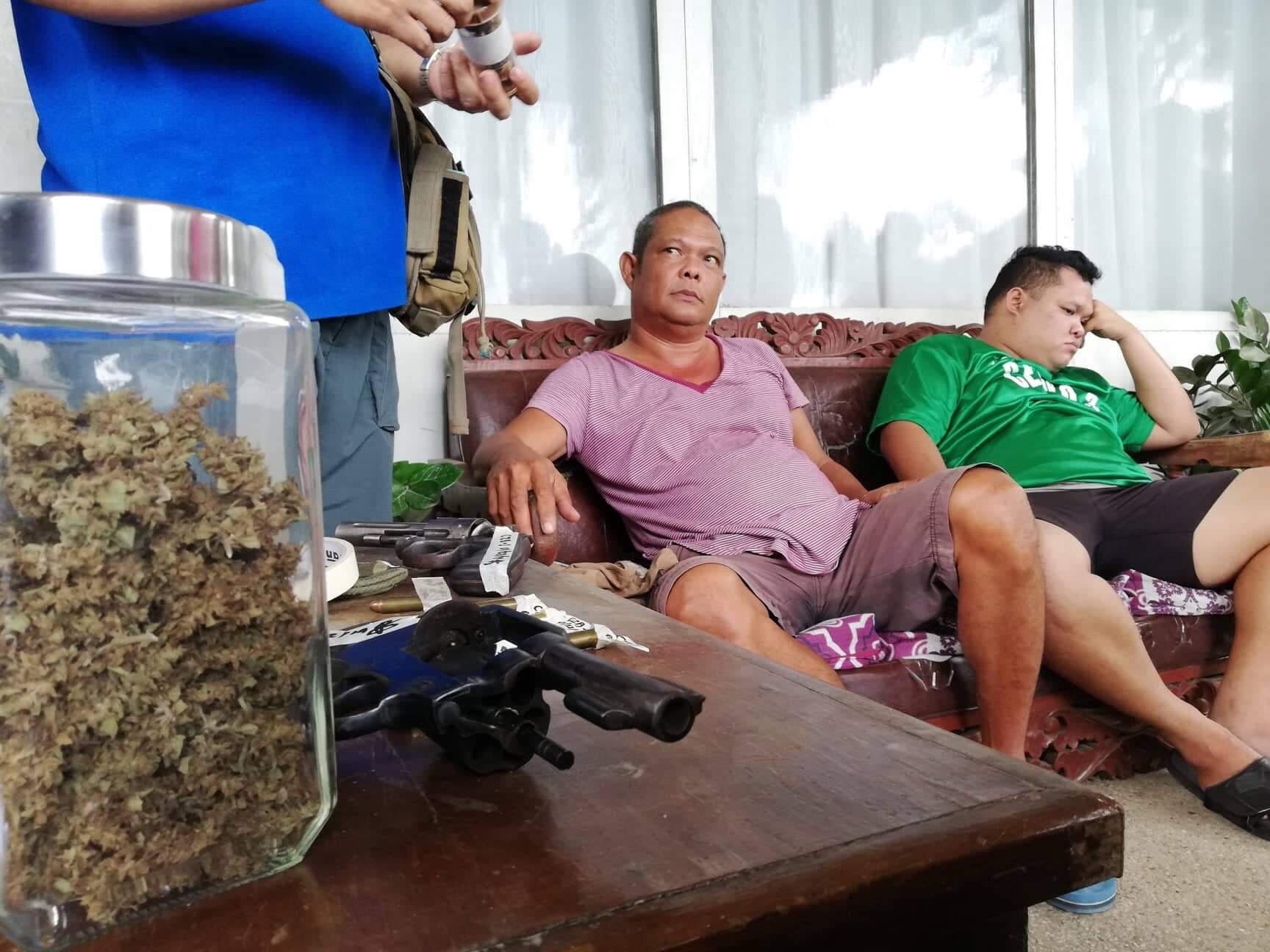 Police nabbed 28 year-old Chrisvan Barol for alleged illegal possession of firearms in Barangay Taloto in Tagbilaran City, Bohol on Tuesday for by virtue of a search warrant issued by a local court. His father Van, suspected of cultivating cannabis, was also arrested. Photos by Leo Udtohan/Inquirer Visayas

TAGBILARAN CITY, Bohol-What was to be a search warrant for alleged illegal possession of firearms had turned into something else after a father and his son were arrested in this city on Tuesday morning.

Personnel from the Criminal Investigation and Detection Group (CIDG) in Bohol arrested Chrisvan Barol for alleged possession of illegal firearms by virtue of a search warrant issued by a local court.

His father, Van, was also arrested for alleged cultivation of cannabis.

At 5 a.m. on Tuesday, authorities served a search warrant to the 28-year-old Barol, at Purok 3 in Barangay Taloto, Tagbilaran City in Bohol province as part of an investigation into illegal possession of firearms.

While they were searching for the firearm, they found three glass containers with dried marijuana leaves and seeds inside.

An unlicensed caliber .38 revolver with six bullets was found first hidden under the bed of Chrisvan. Later a .375 revolver was found inside a box in another room.

Chrisvan denied the firearms were his.

“I would not admit because those are not mine,” he said.

But authorities were blown away when they found out full-grown marijuana plants in the backyard and at the rooftop. 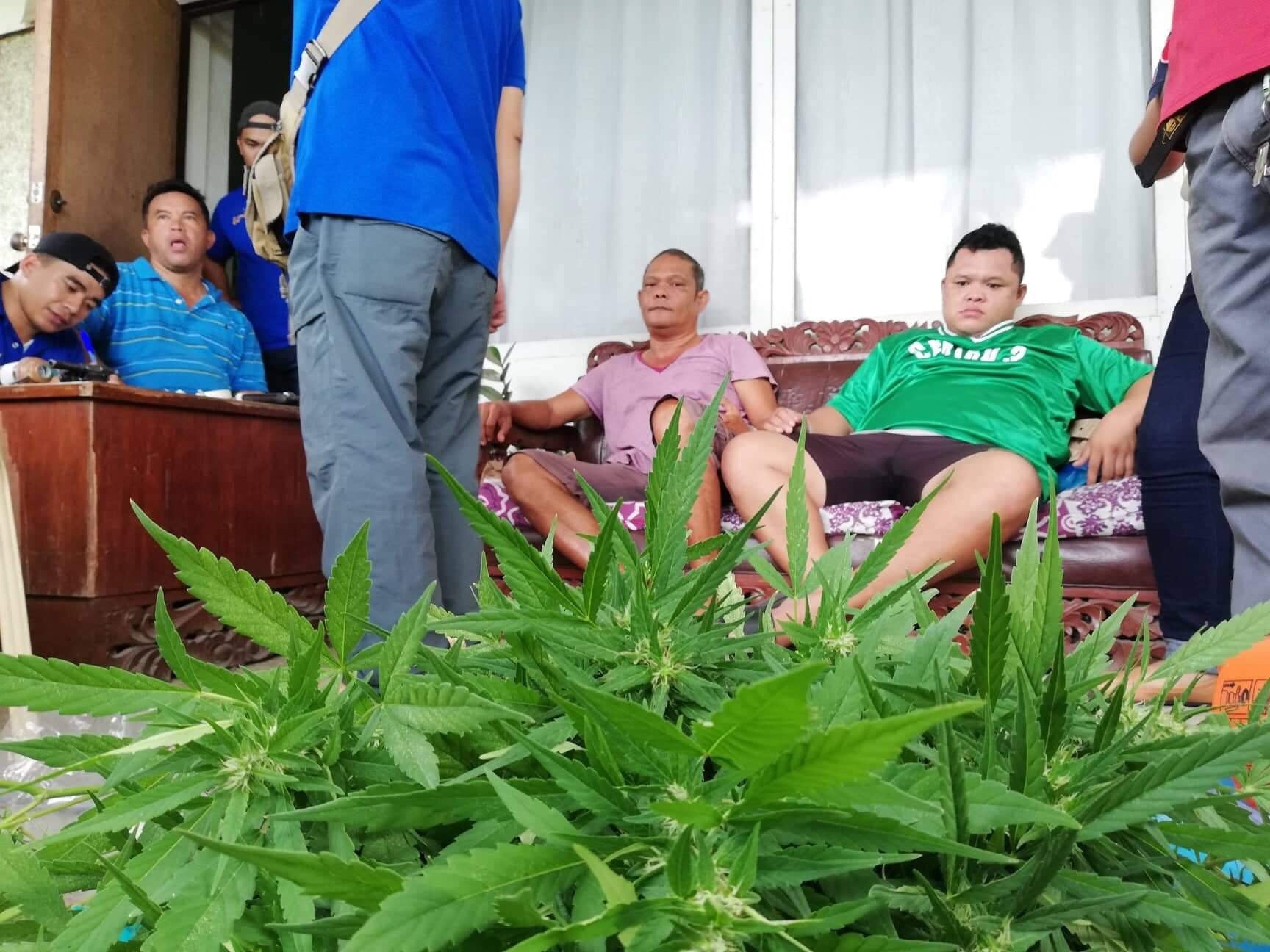 Chrisvan’s father, Van, 52, admitted to authorities that the firearms and marijuana plants were his.

At least 18 pots were found. Some were dried marijuana leaves.

He said he uses marijuana to relieve him from his ailment.

The elder Barol said he bought the seeds in Amsterdam, the capital city of the Netherlands, where marijuana is legal. He planted it in the backyard and when the plants have grown, he had to transfer them to the rooftop for safety.

Van said he was aware that marijuana was illegal, but he admitted cultivating cannabis only for personal consumption.

Marijuana is classified as a dangerous drug under the Comprehensive Dangerous Drugs Act of 2002.

As defined by the law, marijuana, which is also called “Indian hemp,” among other names, “embraces every kind, class, genus, or species of the plant Cannabis sativa L.”

(I know it’s illegal. I put it on the rooftop for safety so that nobody could see it. It’s only for personal consumption)

The suspects were detained in Camp Francisco Dagohoy Headquarters while charges of illegal possession of firearms and ammunition and for violation of sections 16 (Cultivation or Culture of Plants Classified as Dangerous Drugs or are Sources Thereof) and 11 (Possession of Dangerous Drugs) of Republic Act 9165 were being prepared./lzb