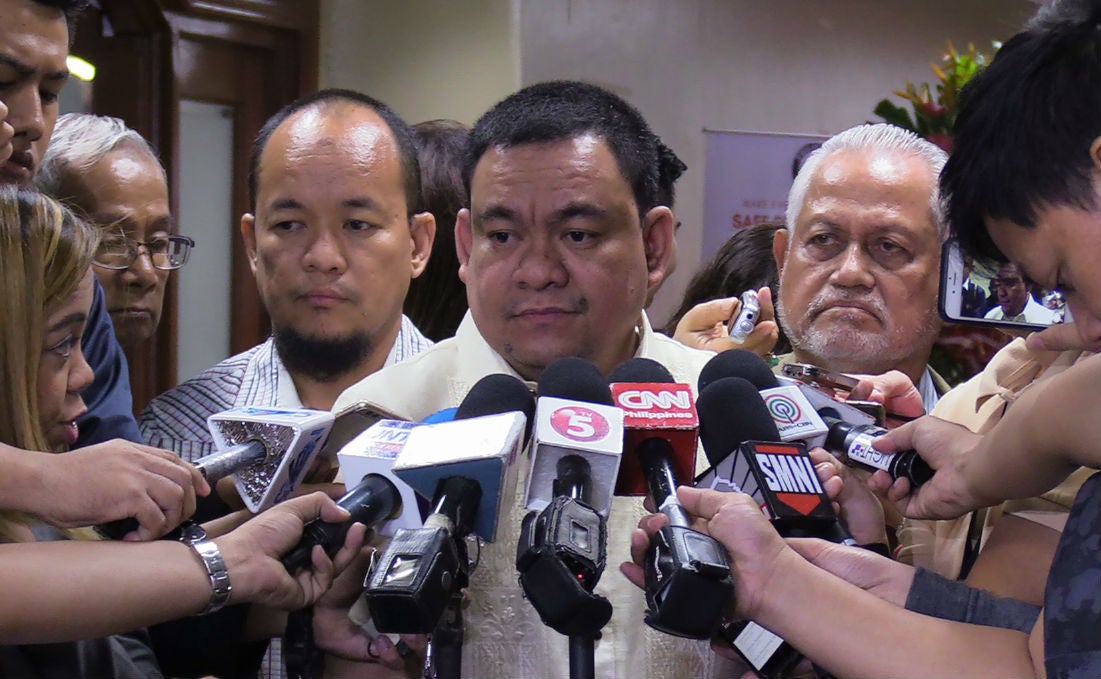 MANILA, Philippines – The National Plebiscite Board of Canvassers (NPBOC) for the Bangsamoro Organic Law (BOL) immediately “adjourned” after no certificates of canvass (COCs) were received by the Commission on Elections (Comelec) on Tuesday.

The Comelec en banc, led by Chairman Sheriff Abas, convened NPBOC around 11:30 a.m. after one and a half hours of delay.

Some 10 minutes from opening the session, Abas, however, declared a recess since Comelec Secretariat Consuelo Diola said no certificates from Mindanao were delivered to the poll body’s head office in Intramuros, Manila as of 11:30 a.m.

“We have not received any certificate of canvass from the board of canvassers, Your Honor,” Diola said.

“There being none, session is adjourned and (will) resume as long as we receive reports of field monitors’ possible delivery of COCs to the (NPBOC),” Abas then said.

Abas said canvassing of votes would instead resume by 1 p.m. Wednesday.

The first day of BOL plebiscite was conducted Monday at the Autonomous Region in Muslim Mindanao, Isabela City, and Cotabato City. The next round of BOL referendum will be on February 6 in Lanao del Norte (except Iligan City) and six towns of North Cotabato. /kga