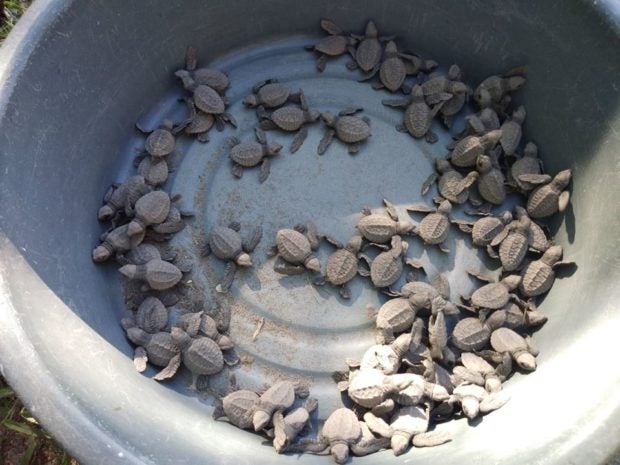 Cocoy Mortel, information officer of Mansalay, said the turtles were released in Barangay Wasig, which has been attracting turtles because of its dark and coarse sand, ideal for nesting.

He said members of Bantay Dagat (local sea patrol) secured 102 eggs upon discovery about two months ago, but only 68 hatched.