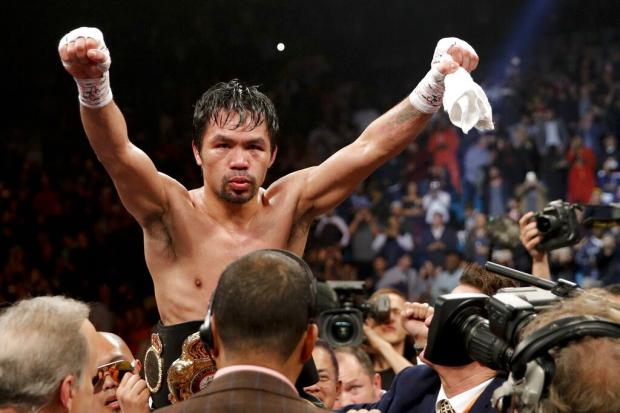 This was Pacquiao’s first defense of his WBA belt after he won the strap from Lucas Matthysse in July 2018 in Kuala Lumpur.

Angara, vice chair of the Senate committee on sports, said Pacquiao exhibited “discipline, determination and experience” to win 10 out of 12 rounds despite being 11 years older than Broner.

He added that the 40-year-old boxing champion proved to boxing fans that the “Manny Pacquiao journey will still continue.”

“This recent win by the 40-year-old Filipino fighting senator is not only another layer in his future hall of fame legacy,” Angara said in the resolution.

“It also serves as an inspiration to all Filipinos that — with enough determination and perseverance — all of us can be world class talents,” he added.

Pacquiao outclassed the 29-year-old Broner with a unanimous decision after Judge Dave Moretti scored the fight 117-111, while Judges Tim Cheatham and Glen Feldman both scored 116-112 in favor of the senator, who now has a record of 61 wins with 39 knockouts. /cbb