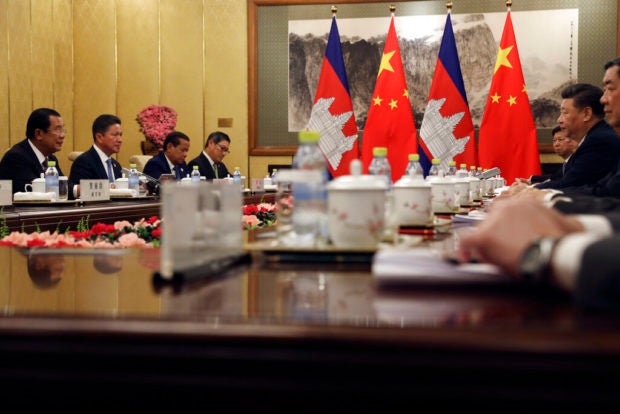 EIJING — Cambodian Prime Minister Hun Sen has met with Chinese President Xi Jinping during a visit to Beijing that reinforces ties between China and its closest ally in Southeast Asia.

Hun Sen also is to meet Premier Li Keqiang and other leaders during his four-day visit, which started Monday.

Cambodia has grown increasingly close to China in recent years as Hun Sen’s government has become estranged from the United States, which is critical of his long-running authoritarian rule.

China is Cambodia’s most important political and economic ally, providing millions of dollars in aid and investment, writing off debts and granting the country tariff-free status for hundreds of items.

Cambodia in turn has done Beijing’s diplomatic bidding in the region, especially regarding China’s claims to most of the South China Sea. /ee