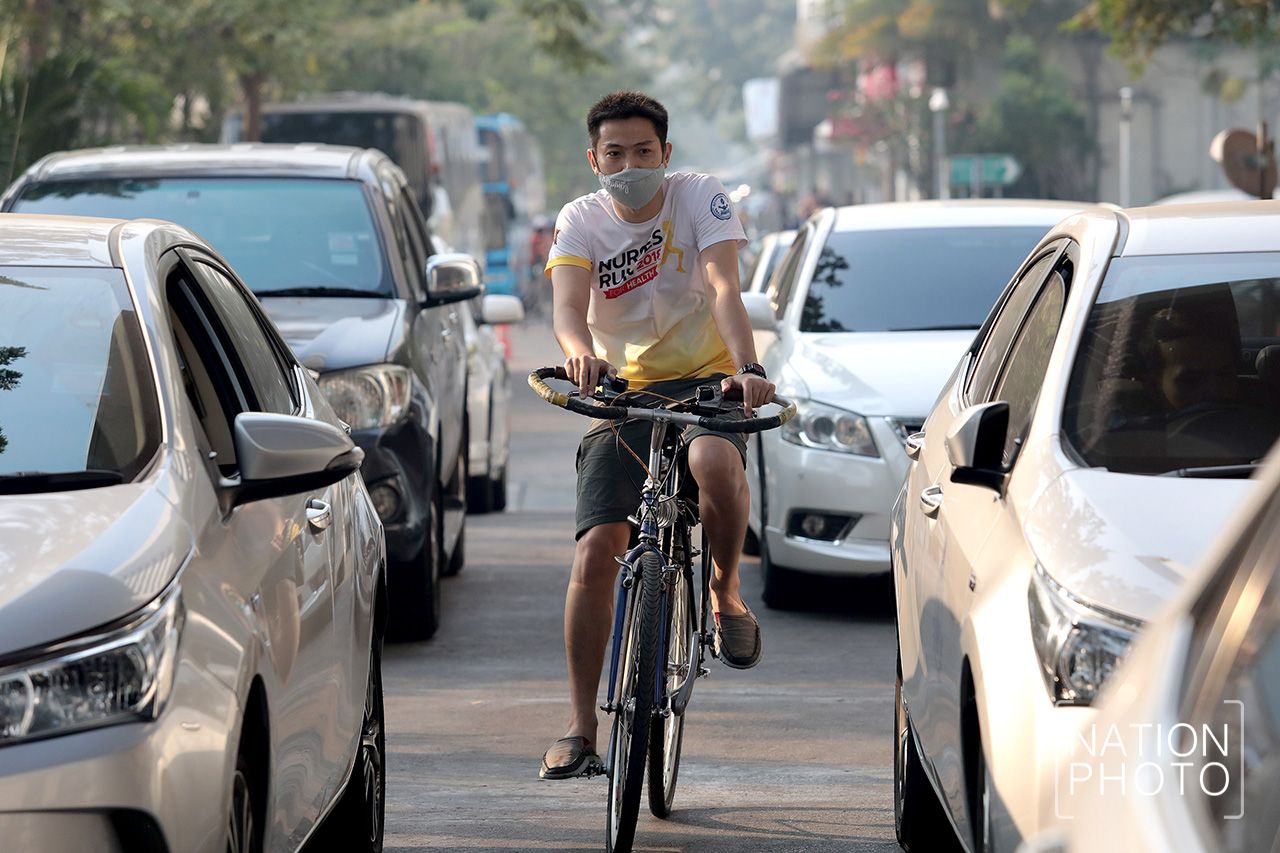 BANGKOK — Bangkok’s air pollution crisis worsened on Monday as predicted, with 23 locations along main roads and 16 other areas reporting unsafe levels of PM2.5, the health-threatening airborne particles 2.5 micrometers or less in diameter.

The Pollution Control Department recorded 89 micrograms of PM2.5 per cubic metre of air on Rama II Road in Bang Khun Thien district, 88 in Khlong Toei and 83 on Charansanidwong Road in Bang Phlat district. The safe limit is 50 micrograms.

On Sunday there were 18 locales along roads and nine other places where breathing was hazardous to health, and the PCD said the situation would be worse on Monday due to weak winds and fog-prone weather.

But Tuesday should be better, it said, based on the weather bureau’s forecast of stronger breezes and a rising airmass.