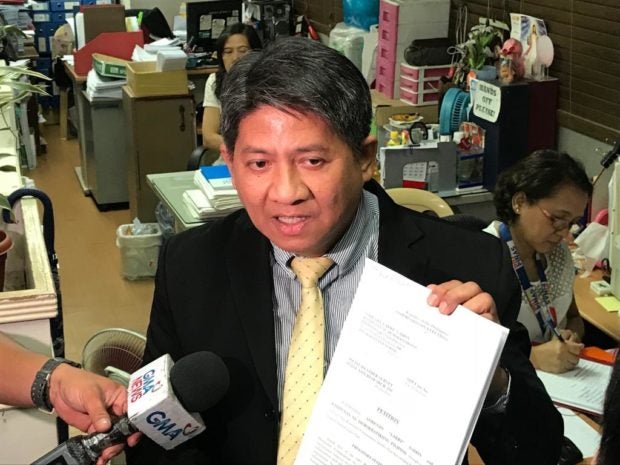 MANILA, Philippines  – Senatorial candidate Larry Gadon on Monday filed a petition before the Commission on Elections (Comelec) to stop the Social Weather Stations (SWS) and Pulse Asia from releasing pre-election survey results, which he branded as a form of ‘mind conditioning.’

Gadon said that the surveys are ‘fake news and does not represent the entire population of the country.

(They are conditioning the mind…..Filipinos usually fall for the bandwagon effect.  If they see someone topping the surveys, they will likely vote for that candidate).

According to Gadon, the number of respondents of the surveys is not justifiable given the large population of the Philippines.

(Imagine, there are 55 million registered voters, and they will survey 1,800 respondents.  Where is the logic there?)

In a latest survey of the SWS, Gadon ranked 29th among senatorial candidates.

Senators Cynthia Villar and Grace Poe led the survey conducted by the SWS from Dec. 16 to 19 last year.

Gadon, however, said that even surveys show him in the winning circle, he would still file the petition against surveys before the Comelec.