Town rediscovers heroic past, thanks to amateur historian 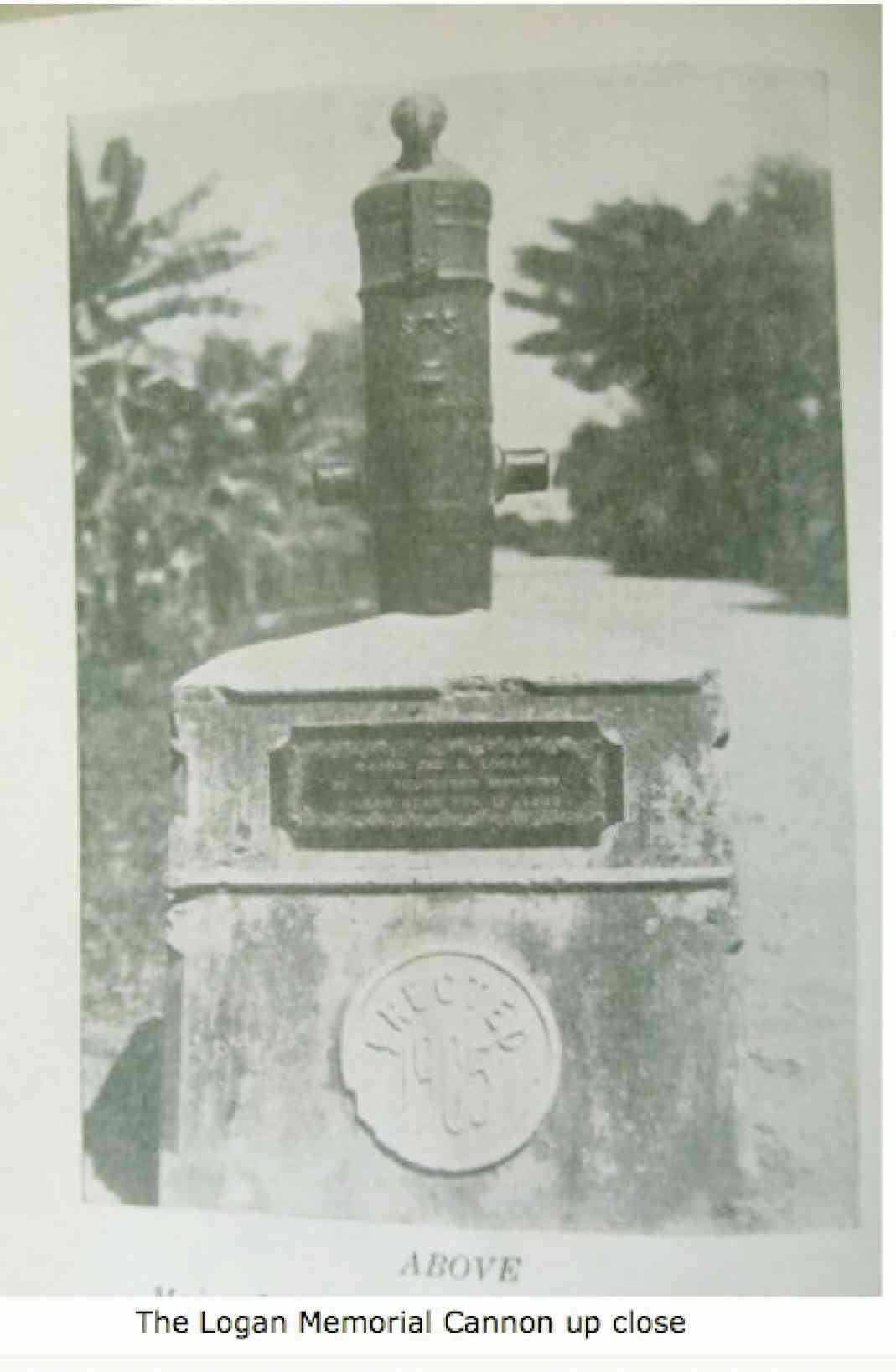 AMERICAN MONUMENT The Logan memorial was erected at the site of the 1899 Battle of San Jacinto in Pangasinan. —PHOTO FROM MACKY RAMIREZ’S BLOG

SAN JACINTO, Pangasinan — Residents of Barangay Macayug here had almost forgotten that their village was the site of the Battle of San Jacinto during the Philippine-American War.

But thanks to the visit of an amateur historian who was looking for an American memorial, Pangasinenses have been reminded of the valor of about 300 Filipinos who died in the battle.

The memorial was erected in 1905 for Maj. John A. Logan Jr., the son of a US senator and US Civil War hero, who was killed in the battle along with seven other US soldiers.

Logan was part of the force that was sent to capture Gen. Emilio Aguinaldo, who was then holed up in nearby Bayambang town.

The Americans sent more than 2,500 soldiers aboard six US gunboats that bombarded San Fabian town before landing in the afternoon of Nov. 7, 1899.

Four days later, Logan and his men arrived at San Jacinto, unaware that a young general from Nueva Ecija, Gen. Manuel Tinio, had already set up barricades and trenches with some 1,200 men waiting.

“The battle was furious and the defenders suffered a total loss of some 300 men,” historian Rosario Mendoza-Cortes said in her book “Pangasinan 1801 to 1900: The Beginnings of Modernization.”

Major Logan was killed by a Filipino rifleman atop a coconut tree.

Aquino said elderly residents knew that the memorial, consisting of an inverted cannon set in a concrete base, was for an American soldier because “there used to be a metal plate where Major Logan’s name was written.”

But sometime in the 1980s, the village chief said armed treasure hunters forcibly stole the cannon and broke the base into large slabs.

The memorial, and what it stood for, was almost forsaken to oblivion until an amateur historian arrived last December, looking for a memorial cannon.

Macky Ramirez, a Commission on Elections employee who keeps a blog as an “amateur historian,” arrived on Dec. 28 last year, saying historians had been looking for the memorial for years because only three other similar monuments were erected in the country.

The three other memorials — all including an inverted cannon set in a concrete base — were for Maj. Gen. Henry W. Lawton in San Mateo, Rizal province; Col. John Stotsenburg in Plaridel, Bulacan province; and Col. Harry Egbert in Valenzuela City.

The three other memorials have been found and preserved, but the Logan “memorial was thought to have been swallowed by the ground and disappeared over time,” Ramirez wrote in his blog “mackybaka!”

The Logan memorial used to be at the village center where children played and farmers gathered, but the area has since become private property and younger residents no longer have a reminder that their village is a historical site.

Ramirez urged the San Jacinto town government and the National Historical Commission of the Philippines to build another monument at the site.

“The Battle of San Jacinto and the nameless, unsung Filipinos who perished in that fateful encounter must not be forgotten. We owe it to them. We owe it our children. We owe it to our country,” he said.