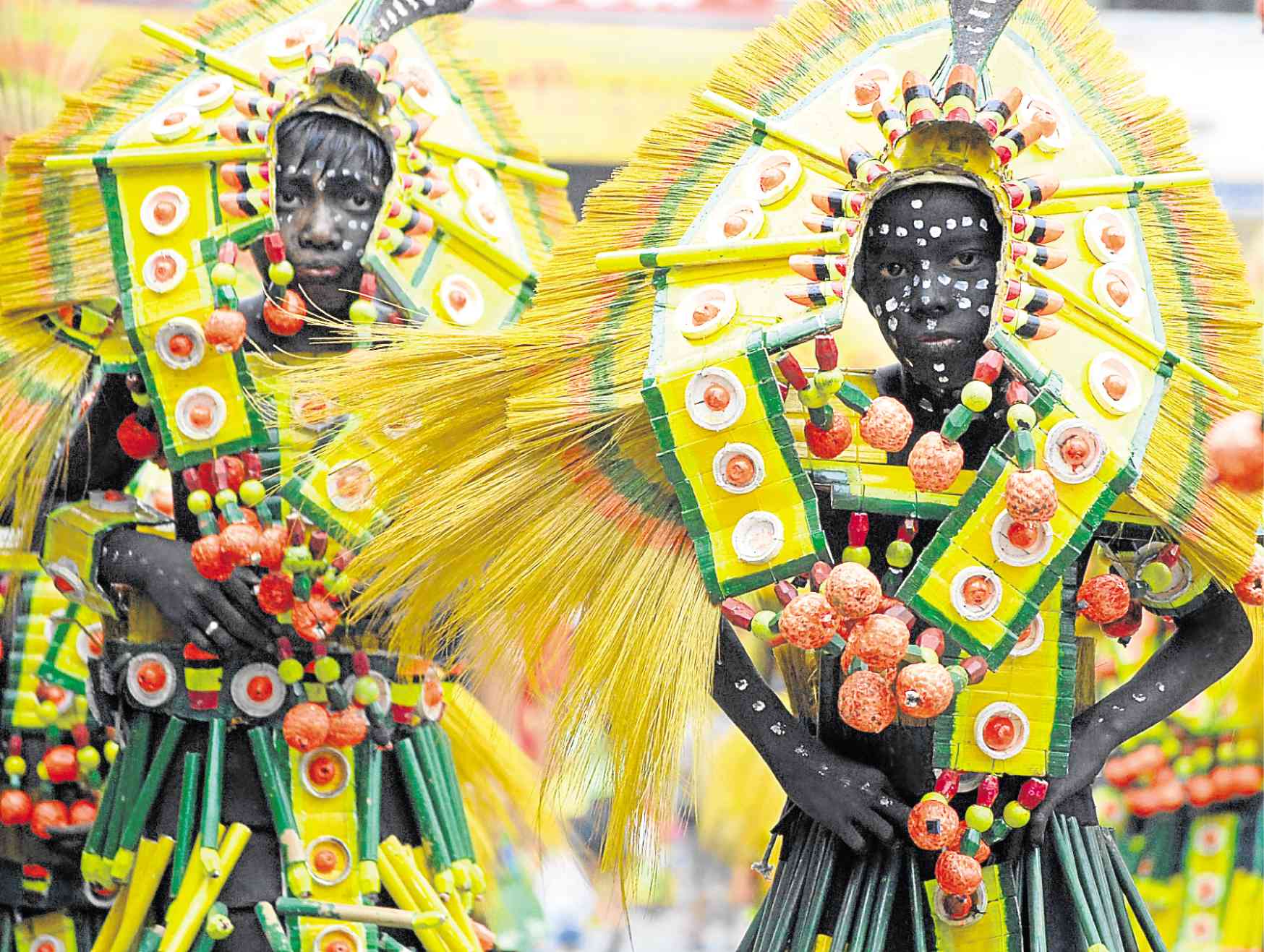 A festival at the town of Kalibo in Aklan province in honor of the Santo Niño that concludes on the third Sunday of January.

Closing activity of the Sinulog Festival, which pays homage to Santo Niño.

The festival’s theme this year is “One Beat, One Dance for the World.”

The day starts with a Mass at Cebu City Sports Complex, followed by the grand parade, wherein participants strut in colorful costumes and props in the streets of Cebu City.

The festival, set every fourth week of January at Iloilo City in Iloilo province, is also among the many events held in Western Visayas to profess devotion to the Santo Niño.

The festival started as Ati-Atihan festival, but organizers in 1977 changed its name to “dinagyang,” from the Hiligaynon word “dagyang,” or merrymaking.

This year’s festival theme is “Connecting Communities through Culture and Faith.”

Among the activities lined up are fluvial and foot procession, concelebrated Mass and a tribes competition.