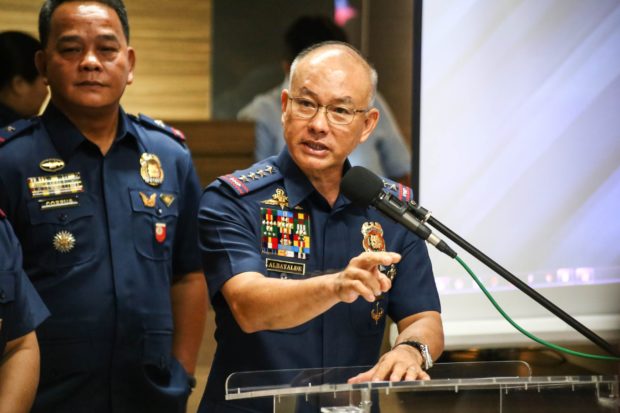 Albayalde made the statement after the Commission on Human Rights (CHR) asked the PNP for reports that would show that most of the drug war deaths were being investigated.

[We send regular reports to the CHR. I don’t know what else. We have our Human Rights Office here that is in constant coordination with CHR. What else do they want to see from us?”

Albayalde noted that not all police operations were “perfect,” saying cases of human rights violations had been filed against some police officers.

Albayalde also debunked allegations that there were no investigations on drug war deaths, saying the PNP’s Internal Affairs Service (IAS), an independent body, was probing the killings.

[So it’s not true that when something happens the IAS doesn’t investigate it. It’s an independent body although it’s under the PNP. And most of the personnel are PNP personnel. But they have their own lawyer. If they don’t want to believe that we have 98 percent compliance, they should ask the IAS. It’s because the it’s the IAS that’s conducting a motu propio investigation every time there are police operations, especially when somebody dies.]

According records from the Philippine Drug Enforcement Agency, 4,999 people have been killed in anti-drug operations from July 2016 to October 2018.