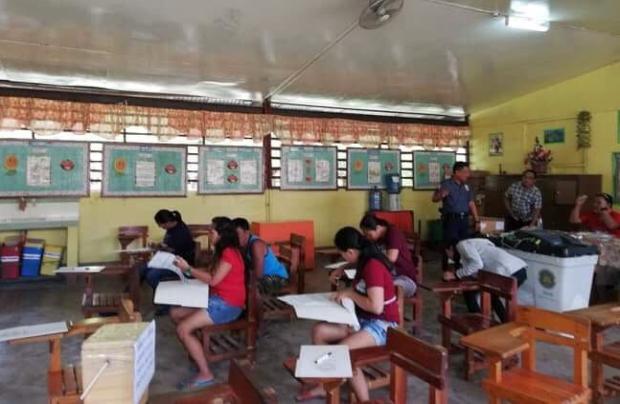 TAGBILARAN CITY, Bohol — The only problem the local Commission on Elections (Comelec) offices encountered in Bohol during the mock elections held on Saturday, Jan. 9, was poor phone signal that slowed down the transmission of vote results.

In Bohol province, mock elections were held in two barangays each in Cortes and Alburquerque towns.

The provincial Comelec office said the vote-counting machines (VCMs) that the votes in the mock canvassing had been 100 percent transmitted shortly after 4:05 p.m. Saturday.

The mock elections aimed to have all votes accounted for in the 2019 midterm elections.

They also aimed to to test the automated voting machines, the transmittal of votes and results to the canvassers in the head office, and its new Voter Registration Verification System.

On Saturday, votes from the clustered precincts had to be transmitted to three servers — the Comelec Central Server, the Transparency Server, and the National Board of Canvassers (NBOC).

The Comelec Central Server and the Transparency Server receive the transmitted votes straight from VCMs.

The NBOC, which will declare the final results, gets the votes through a careful step-by-step process.

There were two precintcs each for Cortes and Alburquerque towns, which catered 100 voters per precinct.

In Barangay Dangay in Alburquerque, there were four precincts in a cluster at Dangay Elementary School with 87 voters.

The transmission from this school succeeded in transmitting to the Comelec Central Server and the Transparency Server, but it failed to reach the MBOC. But it was later solved by an information technology expert from the Comelec.

Election officer Christopher Peralta of the Alburquerque Comelec office said that there was no problem during the casting of votes.

He said the only problem was poor signal.

But in the 2016 elections, he said Barangay Dangay had 100-percent successful transmission of vote results.

Peralta said that the mock elections was an opportunity for the Comelec in Bohol to find ways to address this particular problem should this happen in the May 2019 elections. /atm