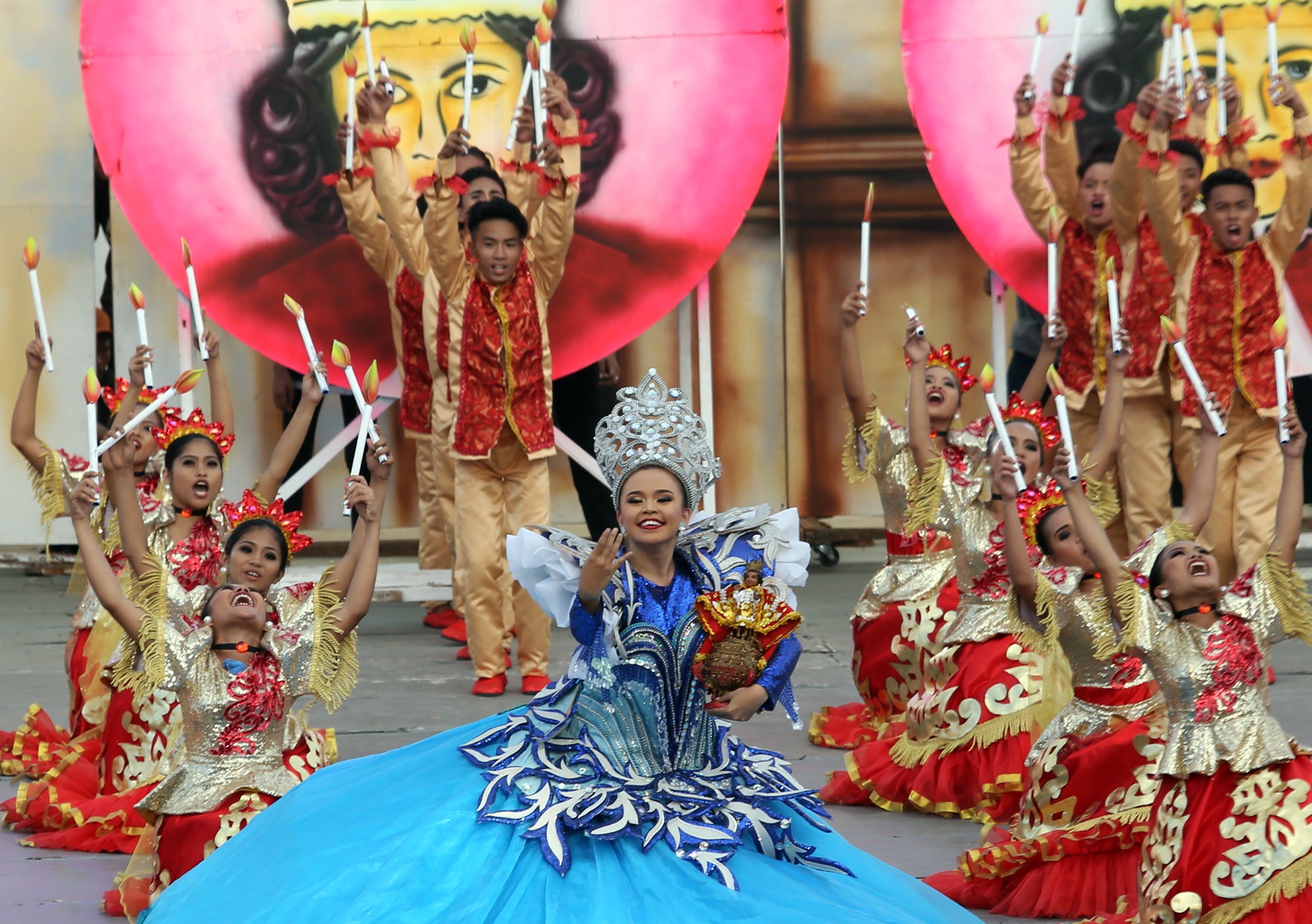 CEBU CITY—At least a million devotees were expected to fill the city streets for Sto. Niño de Cebu, the city and province’s most revered religious icon.

“Let’s all be patient and join Christ’s sacrifice by walking,” he said.

Carriages carrying other icons passed by some of the city’s major thoroughfares.

On Friday, tens of thousands of devotees waited by the roadside, waving their hands and holding balloons and small flags in a motorcade that brought the images of the Sto. Niño and the Virgin Mary to Mandaue City in the annual “traslacion,” or ritual transfer.

City officials and their families escorted the images from the basilica to the borders of Cebu and Mandaue cities where they were welcomed by Mandaue officials.

Residents set up small altars featuring Sto. Niño and other images along the motorcade route while children along A.S. Fortuna Street in Mandaue City danced the “sinulog.”

At the National Shrine of St. Joseph in Mandaue City, carillon bells pealed and devotees sang songs devoted to Sto. Niño as they waved their hands in the air.

Two groups welcomed the images with Sinulog dances outside the national shrine.

The image of the Child Jesus was accompanied by Augustinian priests.

On Saturday, the image of the Child Jesus would be returned to Cebu City in a fluvial procession along the Mactan Channel starting at 6 a.m.

As in previous years, no politician would be allowed to board the galleon carrying the image.

A reenactment of the first Mass, baptism and wedding on Philippine soil would follow at the Sto. Niño Pilgrim Center.

Upon the request of the Philippine National Police, telecommunications companies shut down network services at the basilica and routes of the fluvial and solemn foot procession.

The security scheme will be used during the Sinulog Grand Parade on Sunday.

Chief Supt. Debold Sinas, director of the Central Visayas police, said the National Telecommunications Commission shut down mobile phone signals from 3 a.m. to 10 a.m. in some areas of the cities of Mandaue and Lapu-Lapu, particularly near the Mactan Channel, where the fluvial procession would be held.

From noon to 8 p.m. on Saturday, mobile signals would be turned off in Cebu City for the foot procession of the Sto. Niño.

For the second year, the Augustinian fathers would not stage any fireworks display on the eve of the Fiesta Señor.

Nohara said the priests deemed it proper to donate the money for fireworks to the poor instead.

“Fireworks are costly,” he said.

In previous years, the basilica spent about P130,000 for the fireworks display.

But last year, the Augustinian fathers—caretakers of the basilica and the original Sto. Niño image—decided to drop the fireworks display and donate money to Marawi City, typhoon victims and for the renovation of a Leyte church.

Augustinian priests also asked devotees to not use fireworks or fly balloons in the air.

The 2019 celebration carried the theme “Sto. Niño: Guide of God’s Children to Humility and Service.”