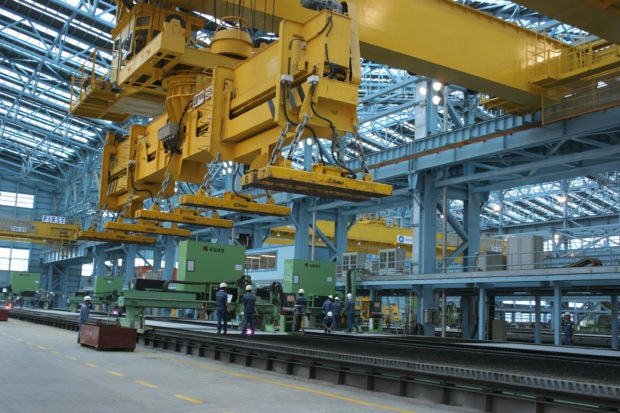 MANILA, Philippines – The proposed Philippine government takeover of Hanjin Heavy Industries and Construction Corp. will not be ‘prudent’ as the government has a poor track record of managing businesses, Senator Sherwin Gatchalian said on Friday.

Gatchalian made the remark after the proposal that the government was introduced to the Senate floor last Wednesday.

“It will not be prudent for the government to take over the operations and the financial burden of Hanjin Heavy Industries and Construction in Subic Bay,” Gatchalian said in a statement.

He cited the “various defunct or non-functioning government-owned corporations” such as the Metro Rail Transit (MRT) as evidence of the government’s poor track record in business management.

“Historically, the government has a poor track record of managing businesses. This is very evident in various defunct or non-functioning government-owned corporations such as Napocor, National Steel Corporation, and most recently the MRT,” Gatchalian said.

The senator noted that it would be more ideal is to attract established shipbuilders  – those who have extensive experience in supply chain management and deep financial pockets  –  to takeover the company.

“National security should also be a key consideration in the selection of a white knight to save the failing company,” he said.

The proposal came during the Senate deliberation on the 2019 budget of the Department of National Defense (DND).

Defense Secretary Delfin Lorenzana revealed during the session that President Rodrigo Duterte was very receptive to the idea of the Philippine government taking over the operations of Hanjin./gsg