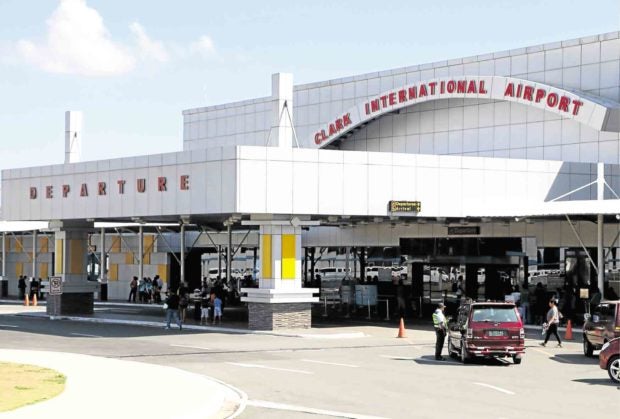 MANILA, Philippines — A security guard at Clark International Airport (CIA) in Pampanga province has been commended for her honesty after she returned a wallet containing more than P182,000 in cash last January 1, the Department of Transportation (DOTr) reported Friday.

In a Facebook post, DOTr said aviation security personnel Lorna Briosa, 32, reportedly found the wallet on the floor of nearby light post on New Year’s Day. She then turned over the wallet, which was apparently left behind by a passenger at the airport’s greeter’s area, to airport operations officers.

The money was then listed as a lost and unclaimed item. No identification card or document was found inside the wallet, the DOTr said.

The management of the airport lauded Brinosa for her action.

“We commend the honesty of Ms. Brinosa as other persons of lesser character might have kept the cash since the wallet has no ID of the owner,” Clark International Airport Corp. (CIAC) President Jaime Alberto Melo said in a statement.

Melo then assured the public that Clark Airport follows a strict policy of immediately handing over or returning lost or abandoned items to their rightful owners.

The DOTr said CIA accommodates around 11,500 passengers daily and registers an average of 726 domestic and international flights weekly. /kga