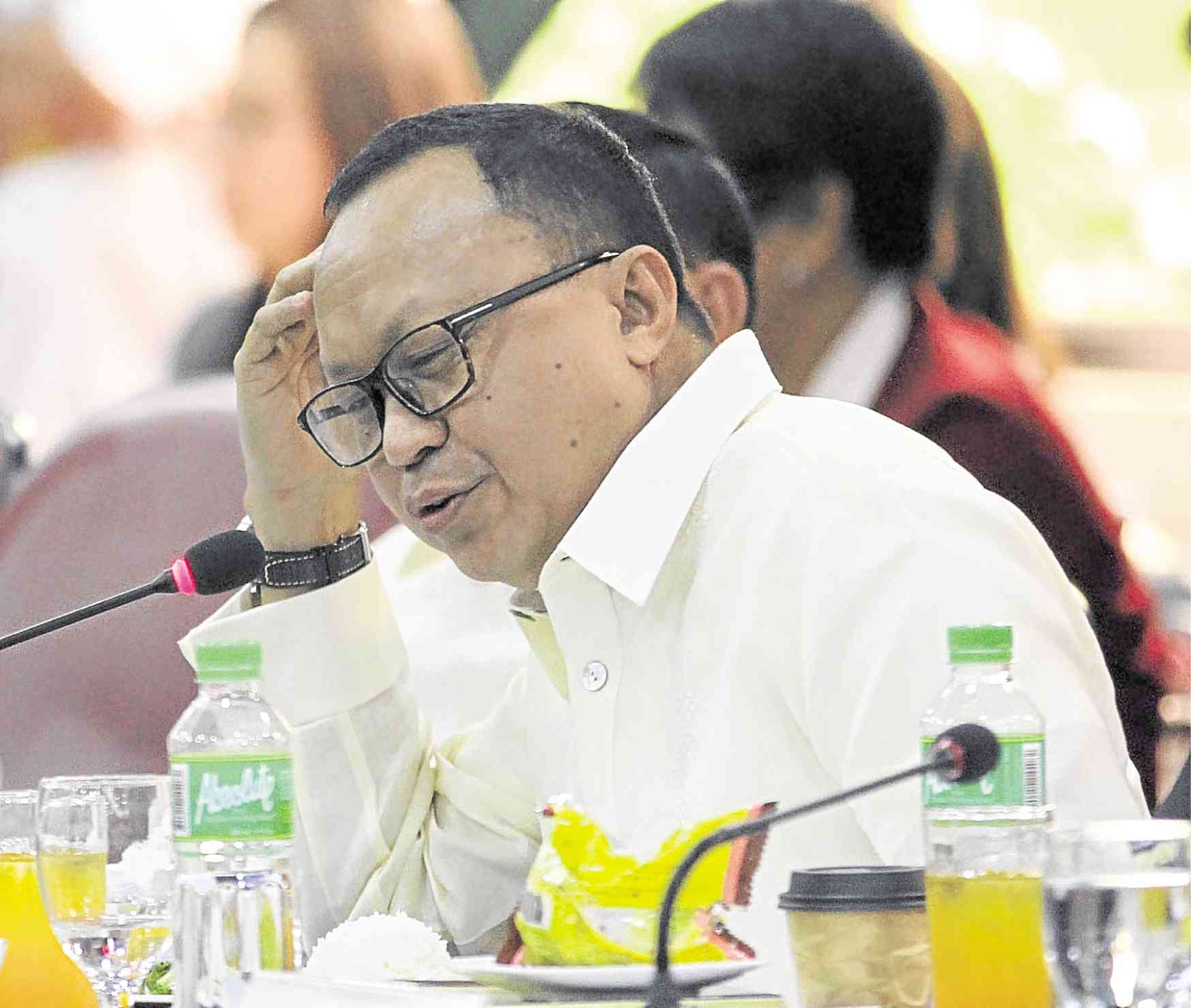 SUED FOR GRAFT Rep. Ben Evardone listens to speakers during a hearing at the House of Representatives in September 2014. —INQUIRER PHOTO

TACLOBAN CITY—Eastern Samar Rep. Ben Evardone is now facing a graft complaint at the Office of the Ombudsman for using government funds to allegedly buy the support of village officials for his transition from governor to legislator.

The case being cited, however, took place some 10 years ago.

Evardone, who was governor at that time, was accused by Edilberto Grata Jr., of violating provisions of the Anti-Graft and Corrupt Practices Act.

In a case filed in the Ombudsman, Grata said Evardone’s actions resulted in “undue injury” to the provincial government of Eastern Samar.

In his complaint, Grata, a resident of Can-avid town, also in Eastern Samar, said Evardone committed graft involving more than P5 million in funds to distribute cash to leaders and members of Liga ng mga Barangay Eastern Samar during a seminar on good governance in Baguio City in February 2009.

The money was used supposedly for the village leaders’ Lakbay Aral program.

He also said that during the seminar, Evardone, who was on his last term as governor at that time and had expressed his desire to run for congressman during the 2010 elections, also handed P1,000 each to the village leaders who attended the seminar.

The provincial government, under Evardone, also entered an agreement with the airline Seair to transport the participants, Grata said in his complaint.

Grata said part of the “overall design of the seminar-workshop was a commitment made by the governor and the participants.”

“In this situation, each barangay chairperson would be made to express his or her commitment of support to then Governor Evardone who made known his intentions to run for Congress in the 2010 elections,” he said.

And by giving their support to his congressional bid, Evardone then gave P1,000 each to them, Grata added.

But Evardone, who is now on his last term as congressman of the lone district of Eastern Samar and is seeking the gubernatorial post in this year’s elections, dismissed the complaint as nothing but “purely politically motivated.”

“The fund in question was an aid to barangays transferred to the Liga ng mga Barangays through a memorandum of understanding,” Evardone said.

“It was the liga that disbursed the funds, which were fully liquidated and supported by official receipts and airline tickets. So not a single centavo passed through me,” Evardone said in a press statement.

“This happened a decade ago, and the timing is suspect. Why only now? There is no doubt that the filing of the case is purely politically motivated,” the congressman said.