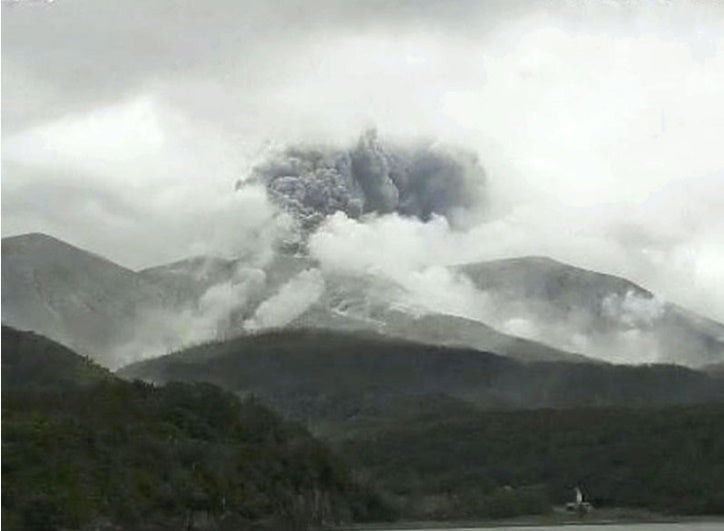 TOKYO — Mt. Shindake on Kuchinoerabujima island in the town of Yakushima, Kagoshima Prefecture, erupted at around 9:19 a.m. on Thursday, according to the Japan Meteorological Agency.

The agency said there is no danger to residential areas, even though volcanic smoke reached a height of more than 500 meters above the crater and pyroclastic flows extended about 1.5 kilometers on the southwestern and northwestern sides. However, the agency kept the five-level volcanic alert at Level 3, which means no one should approach the volcano.

According to the agency, 626-meter high Mt. Shindake has erupted repeatedly. A small eruption occurred on Oct. 21, 2018 for the first time in three years and four months, and an explosive eruption occurred on Dec. 18, 2018, which produced a pyroclastic flow of about 1 kilometer to the west.

Compared to an explosive eruption that occurred on May 29, 2015, which resulted in an evacuation of the whole island, the latest eruption was much smaller, although it ejected rocks within a radius of 1 kilometer from the crater.

The agency said the damage was limited to about 2 kilometers from the crater — within the designated warning area — and there is no needed for residents to evacuate under the present conditions. However, the agency urged people to be alert because it is possible for the same scale of eruption as before to occur.