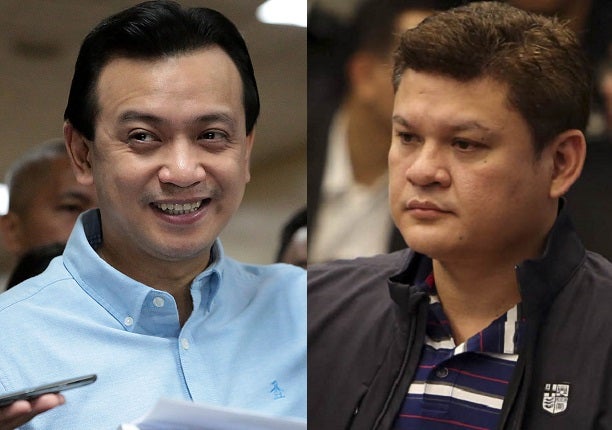 In its urgent motion made public Thursday, Duterte’s counsels Rainier L. Madrid, Peter L. Danao and Alvin A. Carullo said Trillanes was already “guilty of flight” when he went abroad last month to attend to his speaking engagements in Amsterdam, Barcelona and London from Dec. 11, 2018 to Jan. 11, 2019.

Prior to leaving the country last month, Trillanes filed motions in various courts where he had pending cases and asked that he be allowed to travel abroad.

On the other hand, government prosecutors filed an opposition to his motion to travel before the Pasay court only to withdraw it later.

The Davao court ordered the camp of Trillanes to submit his comment on the prosecutor’s opposition to his bid to travel abroad but the Senator pushed through with his trip abroad.

“Apparently, accused flew out of Philippine jurisdiction without prior leave or permission from this court,” read the urgent motion.

“Having departed for abroad without court permission, accused is guilty of flight. He has stepped out of Philippine jurisdiction, hence beyond its reach,” the motion further stated.

Lawyers of the young Duterte pointed out that bail for Trillanes’ temporary liberty which was posted last month is a contract with the court and pushing through with his trip is considered “repudiation of the contract.”

“While he has self-servingly expressed no intention to evade these criminal charges, his actual flight belies it. Intent to flee is irrelevant, when in fact accused had been guilty of actual flight,” the urgent motion stated.