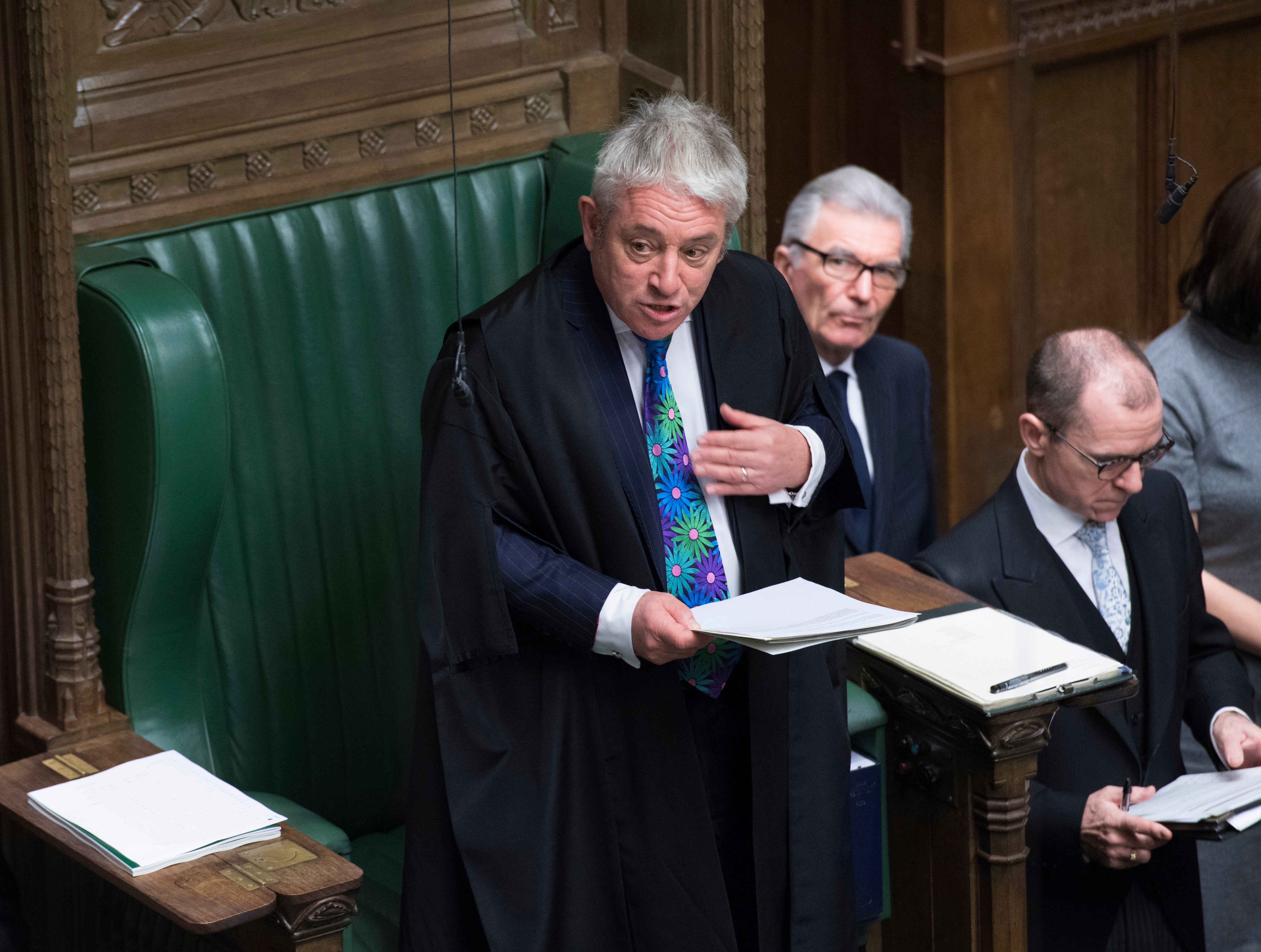 Speaker of the House of Commons John Bercow speaks during a debate before a no-confidence vote on Britain’s Prime Minister Theresa May raised by opposition Labour Party leader Jeremy Corbyn, in the House of Commons, London, Wednesday Jan. 16, 2019. In a historic defeat for the government Tuesday, Britain’s Parliament discarded May’s Brexit deal to split from the European Union, and May now faces a parliamentary vote of no-confidence Wednesday. (UK Parliament via AP)

LONDON — The speaker of the House of Commons is usually taken for granted, except for those rare moments when Britain is having a legislative meltdown and Parliament gets center stage.

And for the Brexit crisis, you might say that the current speaker, John Bercow, is made to ORRR-DUHHH.

As a rambunctious Parliament is grappling with the contentious issue, Bercow is trying to stay above the fray. With his stentorian voice, assertive ways and unapologetic manners, he’s playing a major role shaping the debate over Britain’s troubled withdrawal from the European Union.

But along the way, he has ruffled some feathers in the government of Prime Minister Theresa May. He’s even been compared to the devil by a tabloid newspaper.

The 55-year-old Bercow, who has been speaker since 2009, determines which amendments will be voted on, who will be called upon to speak, and deciding when to use his commanding voice to demand “order.”

Some in the government feel he’s opposed to Brexit, and it doesn’t help that his wife’s car is festooned with an anti-Brexit sticker. Others feel he’s simply determined to preserve Parliament’s power and put the government in its place.

After he was called “Speaker of the Devil” in a front-page headline this week, Bercow refused to apologize for challenging the government.

“My job is not to be a cheerleader for the executive branch,” he said. “My job is to stand up for the rights of the House of Commons.”

The speaker is supposed to be impartial and is required to step down from the political party he or she belonged to when elected. The speaker’s primary role is to maintain order, something Bercow does with a certain amount of style.

“The House must calm itself. Zen. Restraint. Patience,” he has said when things threaten to get out of hand. Bercow at times presides over Britain’s august legislators as if they were a bunch of unruly kids who won’t eat their broccoli.

Earlier this year, a former employer accused him of bullying, but Bercow denied the charge.

Read Next
Huawei facing criminal probe over theft of trade secrets – report
EDITORS' PICK
COVID-19 has infected more than 69,000 people globally
Xi’s early involvement in virus outbreak raises questions
The Najima Drive: Nissan’s MD drives #GoAnywhere adventures in new video series
Can Your Brand of Meat Be Trusted? Here’s How to Know You’re Eating Safe Meat
COVID-19 screening checkpoints remain for those going to Boracay
Can travel make you fall in love?
MOST READ
2,000 iPhones given for free by Japanese gov’t to passengers stuck on ship due to coronavirus
WATCH: Sarah Geronimo dances ‘fierce’ version of ‘Tala’
COVID-19 has infected more than 69,000 people globally
NBA loses ‘hundreds of millions’ in China over Hong Kong tweet
Don't miss out on the latest news and information.