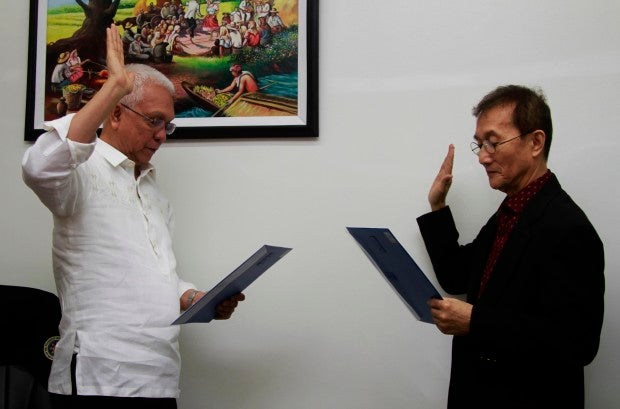 LUCENA CITY – Avelino “Billy” Andal, the besieged ally of President Duterte, insisted that the country’s chief executive ordered him to initiate back-channel talks with communist rebel leaders for the possible resumption of the stalled peace talks.

Andal blamed the news reports on the matter for muddling the context of the supposed order of the president.

“The presentation was wrong, that’s why the understanding would also be wrong,” Andal, a former Quezon provincial board member, said in Filipino in an online interview Tuesday night after Duterte denied his supposed order.

On Monday, Andal told reporters that Duterte asked him to do back-channel talks with the communist leaders, though, he said, “in my private capacity.”

He claimed that Duterte gave him the order on Tuesday night last week.

“But I never told anybody about it because it was informal. But I took it seriously in my private capacity because I have full trust and belief in the President’s sincerity in having peace in the Motherland,” he said.

He added that his conscience told him to “do back-channel in my private capacity in my belief that peace is a key element in developing our country and more so all peace-loving Filipinos should share in the efforts to achieve peace and help PRD improve the lives of our people.”

Andal said he was “silent on it for over a week but was taken by surprise that after eight days, there’s news about the so-called assignment from the President.”

The Inquirer asked him to provide other details like the location where Duterte allegedly gave him the task and other people to corroborate his claim but he no longer replied though he saw the message on his Facebook messenger.

Andal revealed to the media that he already sent “feelers” to the communist rebels, who, according to him, were “extremely glad” of the President’s move.

Top communist leaders in Utrecht, the Netherlands denied that they have received feelers to conduct back-channel talks for the possible resumption of the stalled peace negotiation with the government.

“I believe the statements of Duterte and Lorenzana that the former (Duterte) did not order Avelino (Billy) Andal to do back-channel talks with me and others in Utrecht,” Jose Maria Sison, Communist Party of the Philippines founder, said in an online interview Wednesday morning.

He added: “He (Andal) has not approached any one of us in Utrecht.”

Sison emphasized that as far as the National Democratic Front of the Philippines (NDFP) negotiating panel was concerned, it continued to recognize the government peace panel headed by Labor Secretary Silvestre Bello III as its counterpart in the peace negotiation with the Duterte administration.

“It has not been informed by the GRP (government) of any change of representation that is different from the panel headed by Bello,” said Sison who also serves as the NDFP chief political consultant in the peace talks.

“I don’t know,” Agcaoili replied when asked by the Inquirer about the reported backchannel talks being conducted by Andal, a member of the Movie and Television Review and Classification Board.

“I don’t know whom Andal has supposedly talked to from the NDFP, definitely not any of us here,” said Agcaoili, who was also interviewed online from Utrecht. /lzb