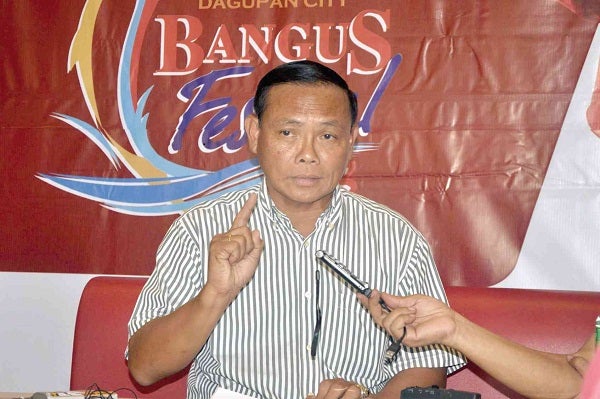 “My heart bleeds for PO3 Macaya and many others who, like him, are all but nameless men and women in uniform quietly serving, and even dying, albeit some of them being subjected as well to assault, disrespect and abuse by persons in high elective office – the so-called mighty and powerful,” said Bataoil, once served as a police official in Western Visayas.

While he acknowledged that Garin had publicly apologized for the incident and cooperated with authorities, Bataoil said he was supporting the filing of criminal and administrative complaints against Garin and his father Mayor Oscar “Oca” Garin of Guimbal town in Iloilo.

The PNP has filed complaints before the Ombudsman against the two officials and two unidentified bodyguards for the alleged mauling of Macaya on December 26, 2018.

Representative Garin allegedly handcuffed Macaya Jr. at the Guimbal town plaza before he spat at, kicked and slapped the policeman while berating him.

The elder Garin allegedly also berated the policeman while pointing a gun at him.

The Garins have surrendered 16 firearms, including high-powered rifles, after PNP chief Director General Oscar Albayalde ordered the cancelation of all permits to carry firearms and licenses issued to them.

Bataoil in his speech said he was taking the cudgels for the policeman instead of his colleague in Congress.

“My intention is merely to remind us that we are not high and mighty,” he said.

Macaya and police officials from Western Visayas were among those who were present during Bataoil’s speech.

Bataoil also voiced support for the move of the National Police Commission to revoke the deputized power of Garin to supervise and control the local police.

He said the incident revived debates and discussions on the provisions of Republic Act 8551 (Philippine National Police Reform and Reorganization Act of 1998) which grants supervisory control by local executives over local police units.

“Should the power to direct the employment and deployment of units or elements of the PNP… remain with the LGU chiefs in the midst of these prevailing circumstances where the local chief executives themselves become the source of mischief?” he said.

Senior Supt. Marlon Tayaba, Iloilo provincial director, said they already submitted documents and records to Bataoil and other legislators for the filing of a complaint before the House ethics committee against Garin.

He said they will cooperate with the House in any investigation concerning the incident. /cbb