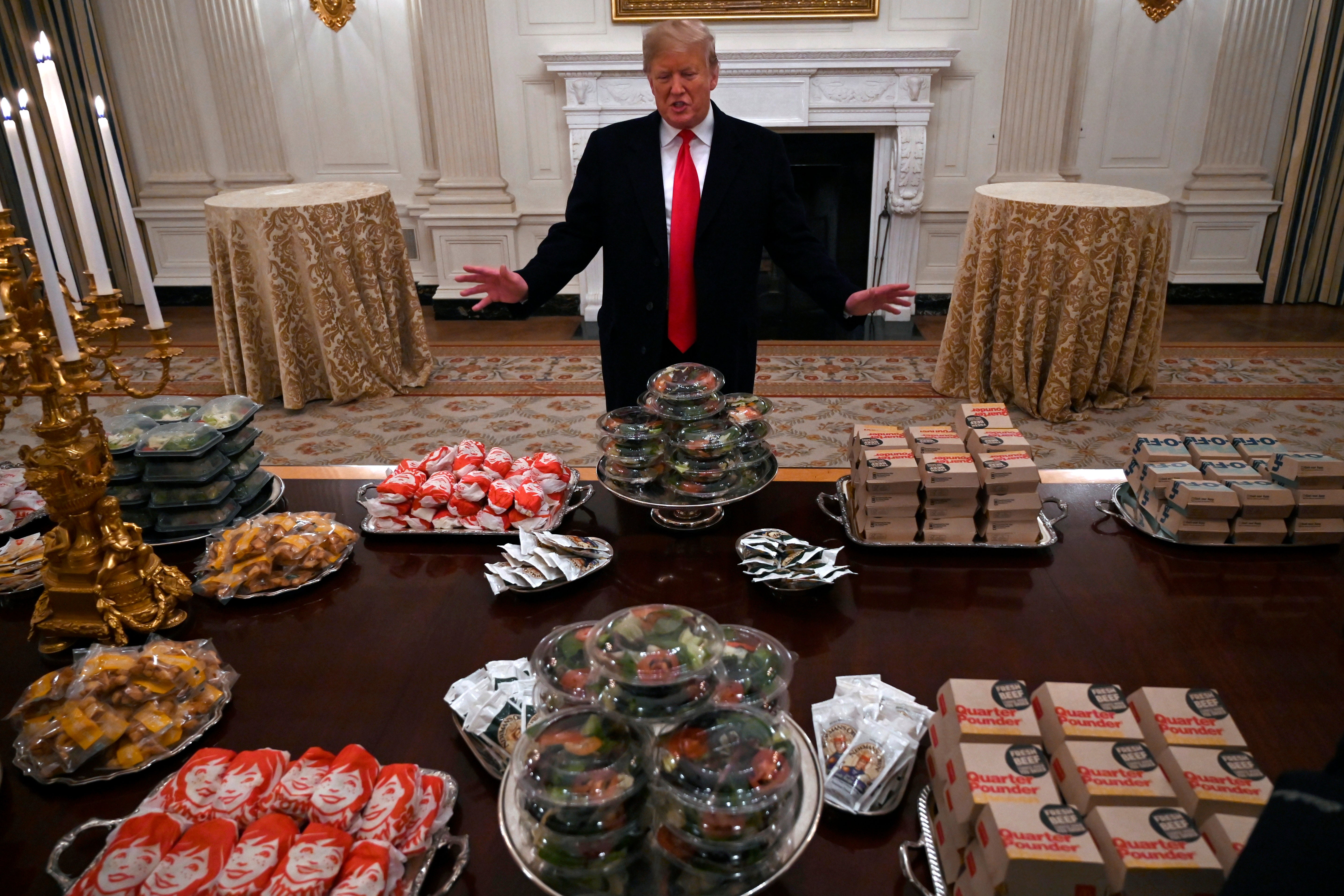 President Donald Trump talks to the media about the table full of fast food in the State Dining Room of the White House in Washington, Monday, Jan. 14, 2019, for the reception for the Clemson Tigers. (AP)

Trump, a fast-food lover, said he paid for the meal himself because of the partial government shutdown, which has led to furloughs among federal workers, including at the White House.

“I had a choice. Do we have no food for you, because we have a shutdown?” Trump told the team gathered Monday in the White House East Room. “Or do we give you some little quick salads that the first lady will make, along with, along with the second lady. They’ll make some salads. And I said, ‘You guys aren’t into salads.'”

Late-night TV hosts ridiculed the president, with NBC’s Seth Meyers joking, in a Trumpian voice: “Normally I would have a salad for dinner on Monday, but they told me they only eat every fast food.”

Stephen Colbert of CBS asked whether Trump was “just projecting your favorite foods onto them.”

The fast-food feast apparently startled some of the players. Clemson offensive lineman Matt Bockhorst tweeted “I mean you’re not just gonna NOT eat the Big Macs stacked in a pile right?” 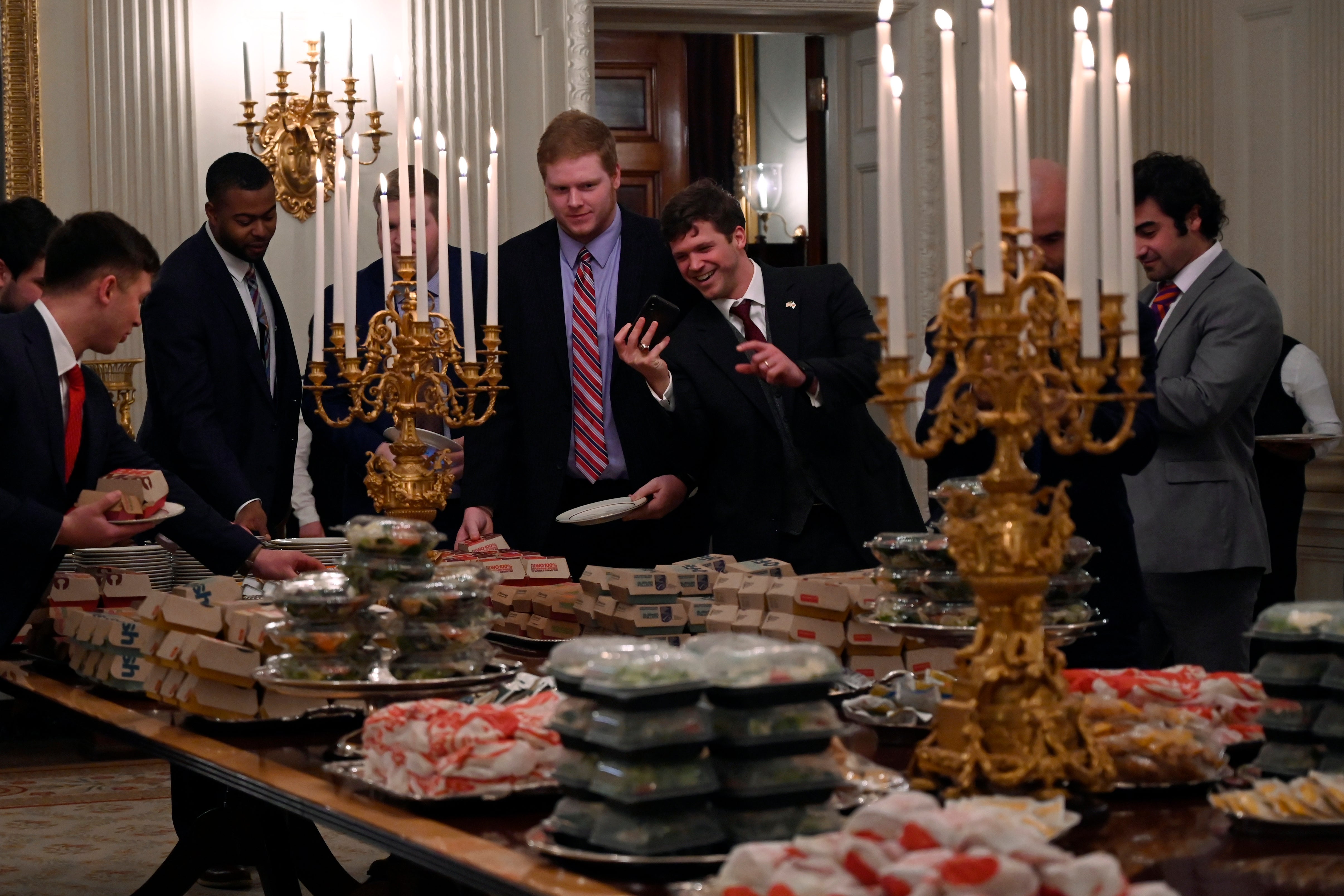 Guests attending a reception for the Clemson Tigers grab fast food sandwiches in the State Dining Room of the White House in Washington, Monday, Jan. 14, 2019. (AP)

Some Twitter users criticized the president for serving such food to college athletes, whose diets are strictly controlled by nutritionists. However, others tweeted they thought the menu was just right for college students.

Trump appeared to defend his decision Tuesday in a tweet about how quickly the food was eaten.

“Great being with the National Champion Clemson Tigers last night at the White House. Because of the Shutdown I served them massive amounts of Fast Food (I paid), over 1000 hamberders etc. Within one hour, it was all gone. Great guys and big eaters!” he wrote.

Pizzas, some topped with olives and tomatoes, also were on the menu. Silver bowls held the condiments, and stacks of white plates sat nearby. Several young men were spotted eating multiple burgers at the standup tables dotting the East Room.

“We ordered American fast food, paid for by me. Lots of hamburgers, lots of pizza,” he said. “We have some very large people that like eating, so I think we’re going to have a little fun.”

Spokeswoman Sarah Huckabee Sanders said much of the staff in the White House residence has been furloughed because of the shutdown, “so the president is personally paying for the event to be catered with some of everyone’s favorite fast foods.” The White House didn’t provide the cost.