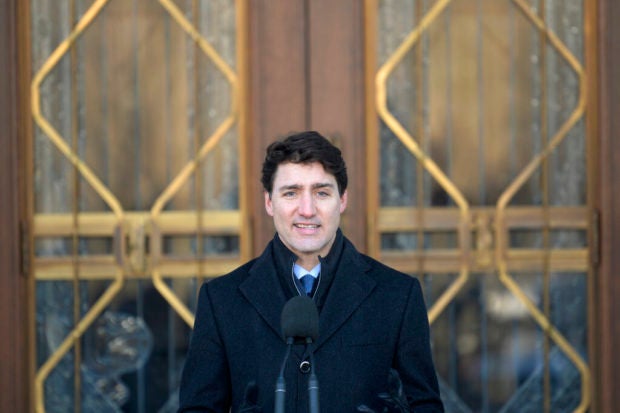 BEIJING — China is urging its citizens to be cautious about going to Canada.

The foreign ministry’s consular affairs office published a notice Tuesday saying that Canada has recently “arbitrarily detained” a Chinese national — a reference to Canada’s arrest of Chinese executive Meng Wanzhou at the request of the United States.

It urged Chinese citizens to consider their personal circumstances and “fully assess the risks of going to Canada for tourism.” It added that Chinese people should approach travel to Canada with caution.

The notice mirrored Canada’s revision of its own travel advisory to warn of the “risk of arbitrary enforcement of local laws” in China.

Meng, chief financial officer of Chinese telecommunications giant Huawei, is out on bail in Vancouver and faces possible extradition to the US.

China is expressing “strong dissatisfaction” with Canadian Prime Minister Justin Trudeau over his criticism of a death sentence given to an alleged Canadian drug smuggler at a retrial.

Hua told reporters at a daily briefing Tuesday that China expresses “our strong dissatisfaction with this.”

Hua’s comments are the latest sign of a sharply chilly turn in China-Canada relations since Canada detained a top Chinese telecommunications executive on Dec. 1 at the request of the United States.

A court in northeastern China announced the death sentence for Robert Lloyd Schellenberg on Monday, overturning a 15-year prison term from November 2018. Schellenberg first went on trial in 2016. /ee