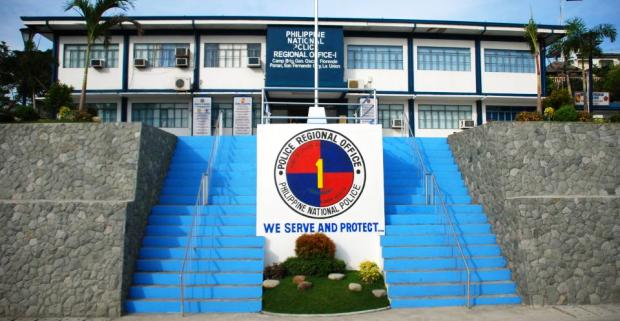 The headquarters of Police Regional Office 1 in Camp Oscar Floirendo in San Fernando, La Union (Photo from the Facebook account of PRO 1)

A video posted on its Facebook page on Jan. 13 shows police officers of the said region releasing balloons in an open area.

The crowd applauded as the balloons were released, but netizens were not happy about it.

Last year, the balloon drop events for the New Year were canceled after receiving public outrage and the call of the Department of Environment and Natural Resources (DENR).

Netizen Sherwin De Vera raised the DENR appeal in his comment on the PNP’s event. 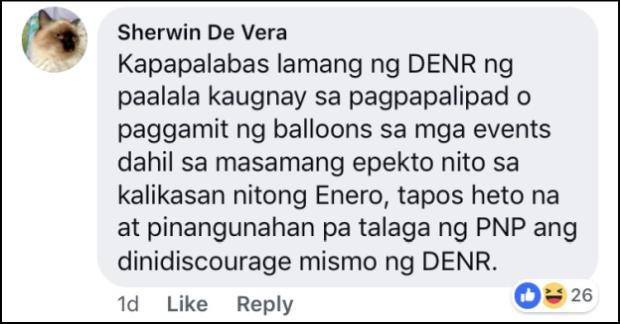 Ethne Ravindranathan, concerned about the effect of the released balloons on the environment, urged the PNP to release the names of those who participated in the activity.

“Can someone release the names of the politicians who are participating in this event?????????,” she said.

“There is nothing peaceful in the killing of marine wildlife and outright pollution of our seas. ????????????” she added. 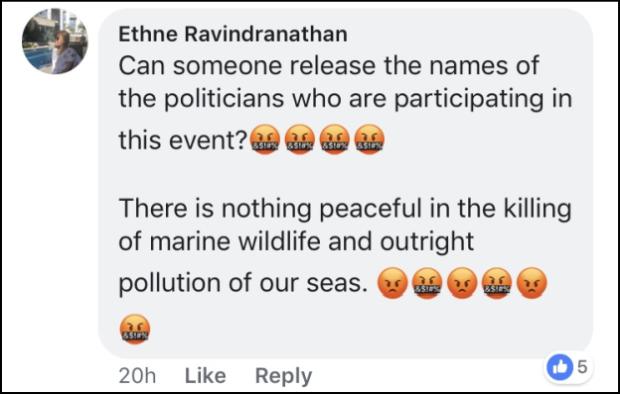 Miel Abong said that the activity would not fully affect the upcoming May 2019 midterm elections, but it would directly affect the environment.

“This will not affect election safety; but it will affect the environment directly. They pop at a certain altitude and land in what would most likely be the habit of unsuspecting animals who will consume it,” she said in her comment.

“If it lands untouched, it will not degrade for hundreds of years. This is highly irresponsible,” she continued. 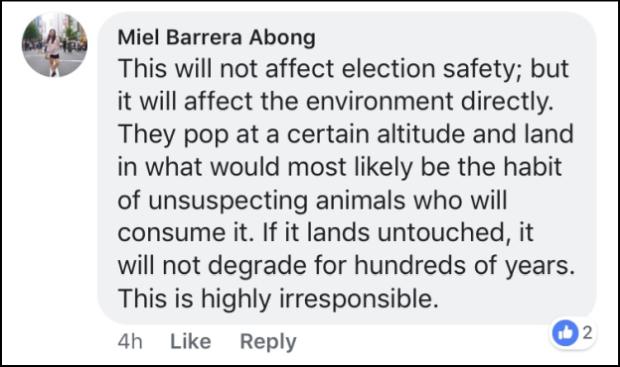