MANILA, Philippines — Gabriela Reps. Arlene Brosas and Emmi de Jesus on Tuesday filed a resolution seeking an inquiry into the Department of Foreign Affairs’ (DFA) passport mess, as they also urged the government to scrap the National ID system.

The lawmakers filed House Resolution No. 2409 directing the House committee on information and communications technology to look into possible violation of the Data Privacy Act of 2012 following Foreign Affairs Secretary Teddy Locsin Jr.’s revelation that a previously outsourced passport maker “took off” with all passport applicants’ data after its contract was terminated.

She said unscrupulous individuals who have access to the stolen passport data might use the information for bank-related fraud and even for the rigging of the 2019 midterm elections.

She added the DFA should also explain why they outsourced “a very crucial and core government function to third party service providers,” and why there was “no contingency plan for data breach.”

But former Foreign Affairs Secretary Perfecto Yasay Jr. said Locsin could have been “misinformed” about the alleged data breach because as the previous contractor, Francois-Charles Oberthur Fiduciare of France or “Oberthur,” could not have run away with the data since it simply “withdrew” from the department as it already finished its contract.

Earlier Tuesday, Locsin clarified the data was not “run-away-able.”

Locsin explained the passport applicants’ information had been merely rendered “inaccessible” for the DFA since the contract of the previous servicer was already terminated.

De Jesus, meanwhile. said the recent passport mess bolstered Gabriela’s long-standing call to junk the National ID system, which is set to be implemented this year.

“The National ID system will never accomplish anything except to make citizens more vulnerable to privacy violations. It will never cure the perennial problems in social service delivery such as low budgetary allocation,” she added.

The measure seeks to integrate multiple government IDs by establishing a single national identification system to be known as the Philippine Identification System or PhilSys.

Some critics have expressed fears that the National ID system would pose threats to the country’s security and infringe on people’s right to privacy. 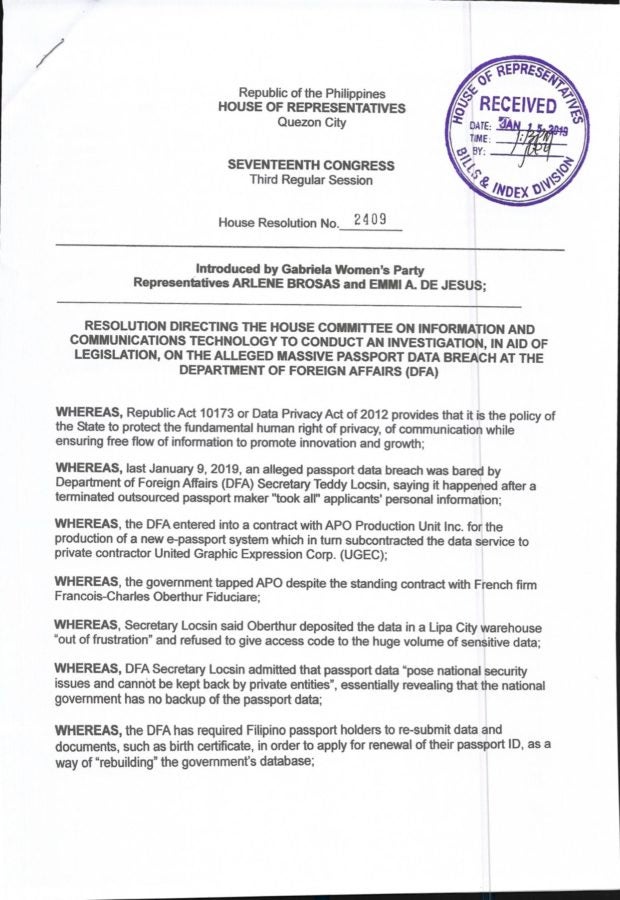 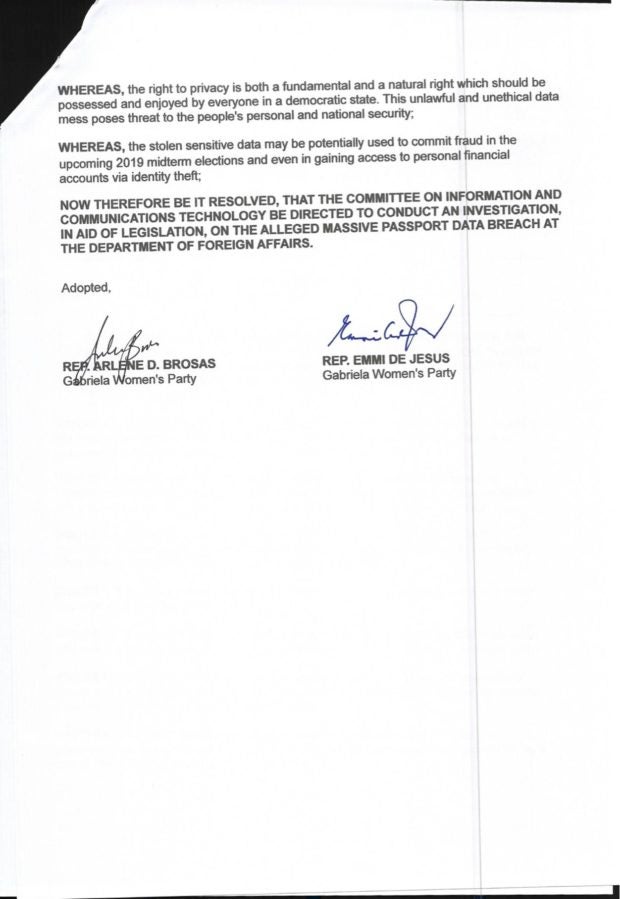