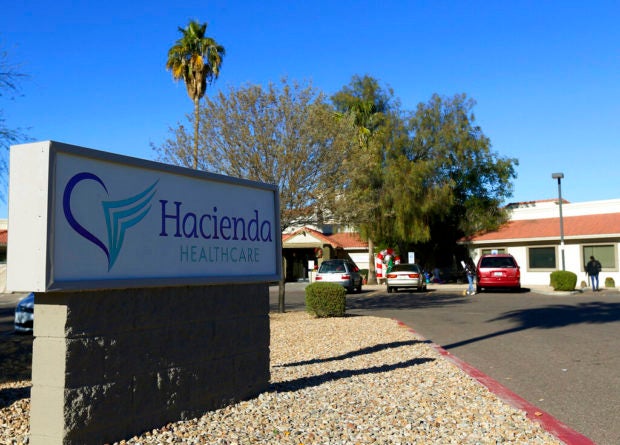 PHOENIX  — A former top prosecutor in Phoenix was hired Monday by a health care facility to investigate the circumstances into how a patient in a vegetative state gave birth after she was sexually assaulted. Police are conducting a separate criminal investigation.

“They gave me assurances that they wanted to not just find out what happened, but they (also) wanted to correct the situation,” he said.

The 29-year-old victim has been in Hacienda’s care since she became incapacitated at age 3 after suffering a near-drowning. She gave birth Dec. 29. The child will be taken in by the mother’s family.

The sexual assault has triggered not only a police investigation but reviews by state regulatory agencies.

Hacienda CEO Bill Timmons resigned a week ago after news surfaced of the sexual assault.

A nurse who cared for the victim during her delivery said in a 911 call that she was unaware that the patient was pregnant. Investigators are gathering DNA from all men who worked at the facility.

A lawyer representing the victim’s family has said the family was outraged at the “neglect of their daughter.”

Unlike police, Romley will not have subpoena power to force employees to give DNA samples. Still, he said he would encourage any employee to cooperate with investigators.

Romley said he made it clear to Hacienda’s board that he will not bury any wrongdoing he may uncover. “I call it as I see it, and if not, I walk away,” Romley said.

Romley said his review will include examining how visitors enter Hacienda’s buildings, whether doors are locked, reviewing safety audits and complaints, and trying to speak with the chief executive who recently quit. The former prosecutor also said he will ask doctors who cared for the victim why they didn’t know sooner that she was pregnant.

Romley is known for leading a team of prosecutors who pressed cases against Catholic priests in a sex abuse scandal about 15 years ago.

The Hacienda facility serves infants, children and young adults who are “medically fragile” or have developmental disabilities, according to its website./gsg