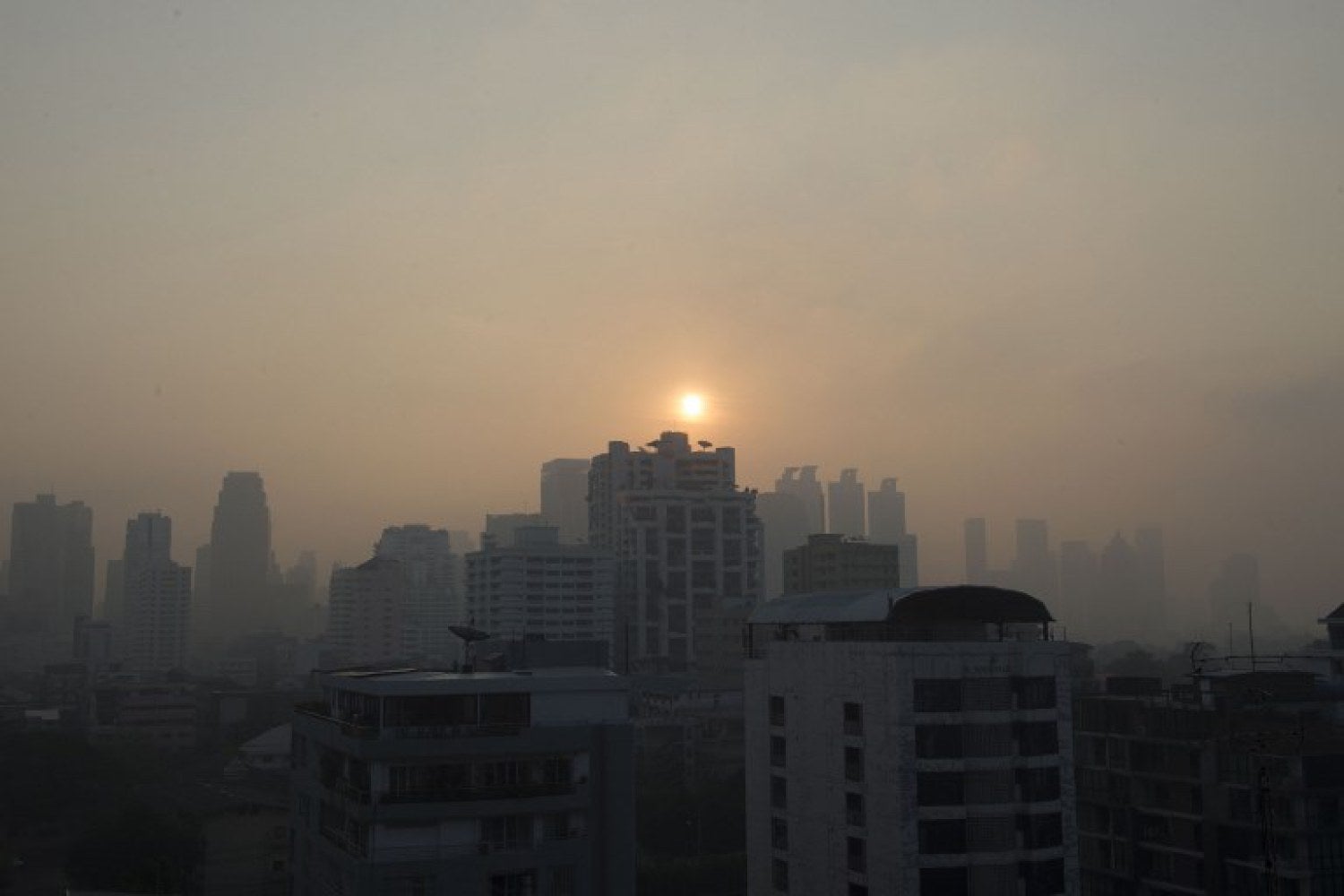 A layer of smog blankets the Thai capital Bangkok on January 14, 2019. Thai authorities are set to deploy rain-making planes to combat the pall of pollution that has shrouded the capital in recent weeks. AFP

BANGKOK, Thailand – Thailand is set to deploy rainmaking planes to seed clouds in an effort to tackle the pall of pollution that has shrouded the capital in recent weeks.

The weather modification technique involves dispersing chemicals into the air to aid cloud condensation, which should in theory result in rain.

“The Department of Royal Rainmaking and Agricultural Aviation… expects the rainmaking to be done tomorrow (Tuesday) but it depends on wind and humidity levels,” Pralong Dumrongthai, director-general of Thailand’s Pollution Control Department, told reporters.

As Thais woke up Monday morning to another day of murky air blanketing its bustling construction-filled capital, environment group Greenpeace said Bangkok was currently the 10th most polluted in the world, rivaling some cities in China.

Reasons for the persistent smog include combustion exhaust from Bangkok’s traffic-strewn roads, the burning of fields from farmers outside the city, and pollutants from factories.

Public discontent has surfaced on Thai social media and television, with pollution-related hashtags trending and TV hosts advising viewers on the types of face masks they should wear.

But the Pollution Department played down the dangers of the persistent haze, which the government judges using a different set of measurements to see the concentration of harmful microscopic particles known as PM2.5.

He said Bangkok had recent peak PM2.5 levels of 102 micrograms per cubic meter and on Monday was sitting under 90.

“Our PM figure is high but it is not a crisis yet,” he said. “We are not in the range of 120-150 where all people have to wear masks all the time when they are out.”

But Greenpeace’s Thailand director Tara Buakamsri said immediate action should be taken by the authorities, like reducing the number of cars and closing schools in high-risk areas.

“The pollution issues are more and more frequent in Bangkok. We need smarter air quality management.”

In recent weeks, municipal workers have sprayed water along the roads and into the air in Bangkok to help clear the smog, while authorities have urged people to stay indoors. /cbb