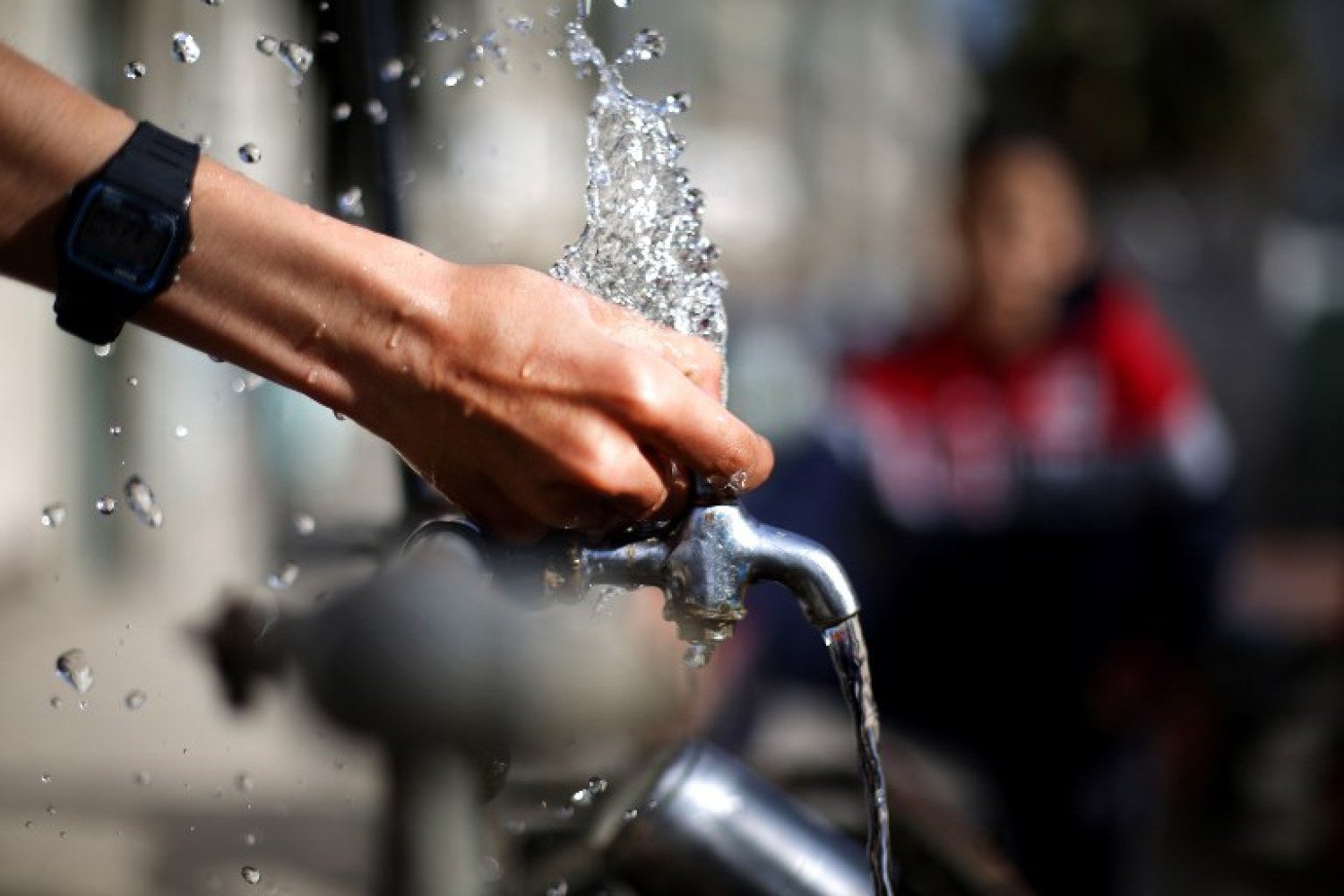 A Palestinian boy squirts water from a tap in the street in this March 20, 2014, photo. The European Union has built a major seawater desalination plant in Deir Al-Balah, in the central Gaza Strip. AFP

For every liter of fresh water extracted from the sea or brackish waterways, a liter-and-a-half of salty slurry, called brine, is dumped directly back into the ocean or the ground.

The super-salty substance is made even more toxic by the chemicals used in the desalination process, researchers reported in the journal Science of the Total Environment.

Copper and chlorine, for example, are both commonly used.

The amount of brine produced worldwide every year — more than 50 billion cubic meters — is enough to cover the state of Florida, or England and Wales combined, in a 30-centimeter (one-foot) layer of salty slime, they calculated.

“The world produces less desalinated water than brine,” co-author Manzoor Qadir, a scientist at the Institute for Water, Environment and Health at United Nations University in Ontario, Canada, told AFP.

“Almost all the brine goes back into the environment, mostly in the ocean.”

All that extra salt raises the temperature of coastal waters, and decreases the level of oxygen, which can create “dead zones”.

“It is difficult for aquatic organisms to breathe in these conditions — they need O2 to survive,” said Qadir.

More than half of the brine comes from only four countries: Saudi Arabia (22 percent), United Arab Emirates (20.2 percent), Kuwait (6 percent) and Qatar (5.8 percent).

North Africa, the Middle East, and water-starved small island states in the Pacific and elsewhere also rely heavily on desalination to provide safe drinking water, which accounts for nearly two-thirds of consumption.

The rest is used in industry, as a coolant in energy production, and in agriculture.

Around one in four people live in regions where water resources are insufficient during part of the year, and half-a-billion experience water scarcity year round, according to the United Nations.

Since 2015, the World Economic Forum’s annual Global Risk Report has consistently ranked “water crises” as among the global threats — above natural disasters, mass migration and cyber-attacks.

Water scarcity is caused by many things, starting with a global population closing in on eight billion.

Major rivers no longer reach the sea, aquifers are being sucked dry, and pollution is tainting water above ground and below.

With climate change, the situation will get worse.

For each degree of global warming, about seven percent of the world’s population — half-a-billion people — will have 20 percent less freshwater, according to the Intergovernmental Panel on Climate Change (IPCC).

“Desalination technology has benefited a large number of people,” said Qadir. “But we cannot ignore the production of brine, which is going to become an even greater problem in the future.”

Industrial-scale technology for removing salt from water has been around since the 1960s. By 1990, there were already 3,000 plants in operation around the globe.

More than 90 percent of desalination plants are in wealthy economies. This reflects the fact that the technology remains expensive, especially in energy costs.

But it also means that rich nations have the capacity to develop ways to dispose of toxic brine that are less harmful to ocean and land environments, he added.

Some pilot projects have even shown that modified brine can boost yields of certain fish species in aquaculture. /cbb