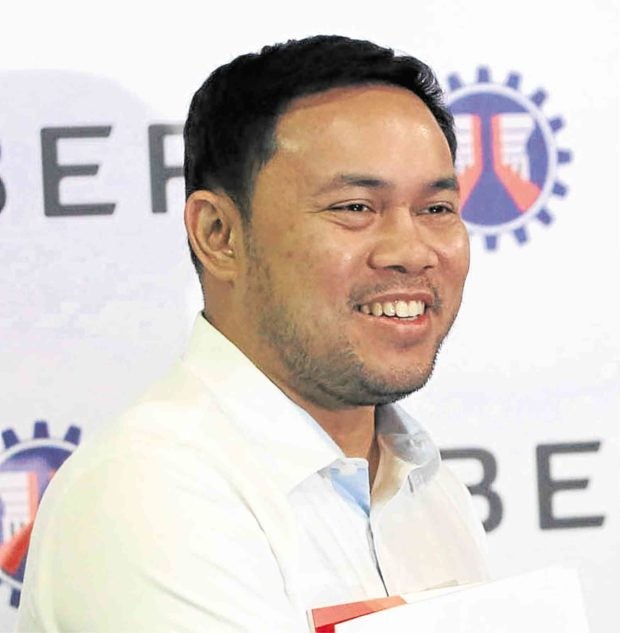 After a heated debate, senators on Monday agreed to delete P75 billion in additional funding that was allegedly “inserted” into the budget of the Department of Public Works and Highways (DPWH).

Sen. Panfilo Lacson announced on the plenary floor that he and his colleagues arrived at a consensus to remove the additional DPWH funding after Public Works Secretary Mark Villar admitted that he had no prior knowledge of the insertions made by the Department of Budget and Management (DBM).

“During the break this representation and sponsor agreed to delete the P75 billion at the proper time … during the period of amendments,” Lacson said.

Who are the planners?

The decision came after DPWH officials, along with Legarda, who was defending the agency’s budget on the plenary floor, were stumped by Lacson’s question about the planners of the projects to be funded from the P75 billion.

The Senate resumed debate on the P3.8-trillion proposed budget for 2019 on Monday.

The new budget did not clear Congress in December last year because of controversy over alleged pork allocations.

The government is operating on the 2018 reenacted budget.

Lacson had wanted to know who did the planning for the projects added to the DPWH budget by the DBM in the original budget proposal submitted to Congress.

“How can I answer that, Ping? Even they can’t answer that,” Legarda said. This was followed by a suspension that lasted about an hour.

The issue came up when Lacson opened his questioning on House Majority Leader Rolando Andaya Jr.’s accusation that Budget Secretary Benjamin Diokno orchestrated the “insertion” of P75 billion into the proposed DPWH budget.

Andaya alleged that Diokno added huge amounts for infrastructure projects in the budget of the DPWH without its knowledge.

He said the additional funding included allocations for projects in Casiguran, Sorsogon province, where Diokno’s in-laws were incumbent officials.

DPWH records, however, showed that not a single centavo of the supposed P75-billion additional budget was allotted to Casiguran, contradicting Andaya’s information.

The documents showed that 25 legislative districts would receive more than the P705 million in infrastructure projects allotted for the first congressional district of Sorsogon, which includes Casiguran.

The documents formed part of the National Expenditure Program (NEP) submitted by the DBM to Congress as the draft budget for 2019.

Andaya divulged supposed irregularities in the allotment of funds for flood mitigation projects after Lacson claimed that billions of pesos in pork had been allocated to the legislative districts of Andaya and Speaker Gloria Macapagal-Arroyo.

Legarda, in defending the DPWH budget, repeatedly confirmed that Villar learned about the P75 billion only after he had received a copy of the NEP.

She said the DPWH initially requested a budget ceiling of P651 billion from the DBM, similar to its 2018 budget.

But the DBM approved only P480 billion, reasoning that this year’s budget was cash-based.

But the DPWH learned later that the DBM submitted to Congress a budget of P555 billion for the DPWH under the NEP.

“I am told that upon submission of the NEP, that is when Secretary Villar realized or saw the P75 billion, [which was added to the] P480 billion,” Legarda said.

“Is that standard practice?” Lacson asked.

Legarda echoed Diokno’s earlier answer to Andaya’s accusations: “It’s part of budgetary process. The budget emanates from the agencies, and the DBM may add to or subtract from the budgets for the agencies.”

Minority Leader Franklin Drilon chimed in, saying he wondered what could have triggered the DBM’s decision to add a large amount to the DPWH budget.

Legarda answered: “There was fiscal space. There were more projects that could be implemented. That’s part of budgetary process.”

But Drilon objected: “I take exception to [you saying it’s] part of budgetary process … Suddenly there was light that made them realize there was P75 billion?”

Senate President Pro Tempore Ralph Recto joined the debate by pointing out that the NEP was called the President’s budget precisely because it was the prerogative of the President, whose alter-ego was the DBM chief, to prepare the spending bill as he saw fit.

But Drilon rejected the argument, saying the DBM’s acts indicated arbitrariness and abuse of discretion.

Sen. Sherwin Gatchalian asked Legarda: “Regarding the P75 billion, who identified the projects? How can they submit the NEP if there was no identification?”

Lacson butted in: “The bigger concern is how do they implement? The DPWH did not know P75 billion was added.”

“It is in the NEP. It is listed, it’s not a lump sum, it’s itemized, these are line item projects,” Legarda said.

Lacson shot back: “Who planned the projects that did not come from them (DPWH)?”