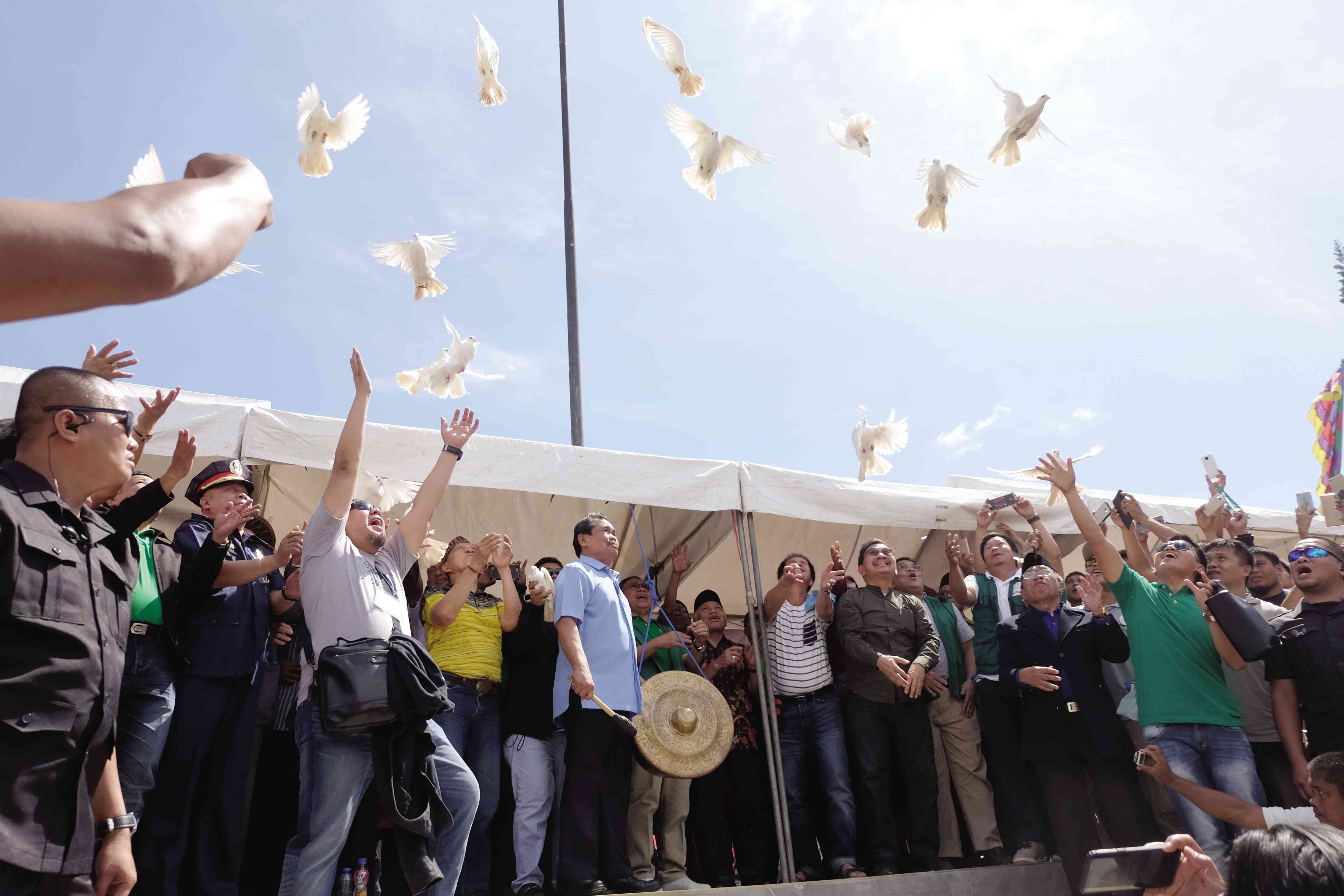 PEACE SYMBOL Moro leaders and government officials release doves to symbolize peace during the launch of the campaign for the ratification of the Bangsamoro Organic Law in Cotabato City. PHOTO COURTESY OF OPAPP

MANILA, Philippines — House Majority Leader Rolando Andaya Jr. has warned that the “prospect of lasting peace in Mindanao” might be put “in peril” as the Department of Budget and Management (DBM) failed to allocate budget for the Bangsamoro Organic Law (BOL) plebiscite.

The lack of funding for the BOL plebiscite under the proposed 2019 national budget has been pointed out during budget debates in the lower chamber as early as August 2018.

But in November, Commission on Elections (Comelec) chair Sheriff Abas reportedly said they would source the funding for the plebiscite from Comelec’s own allocation, though he did not elaborate its process.

“I hate to be the one to burst the bubble. The DBM has not allocated a budget, not even a centavo, for the BOL plebiscite,” Andaya said in a statement on Monday. He also pointed out the same during a privilege speech at the plenary.

The plebiscite for the Autonomous Region in Muslim Mindanao, Cotabato City, and Isabela City in Basilan is set for Jan. 21 while the plebiscite for Lanao del Norte and other Bangsamoro core areas will be on Feb. 6.

The Camarines Sur congressman said the Comelec needed P857 million for the BOL plebiscite but he said Budget Secretary Benjamin Diokno “forgot to include this amount in the P1 billion allocated for Comelec in the 2019 national budget.”

Even the budget for the BOL implementation was missing from budget documents submitted by the DBM to Congress, he added.

The amount does not include funds for social services like the Pantawid Pamilyang Pilipino Program (4Ps), and pension for senior citizens, as well as the annual outlay for the maintenance of airports, piers, roads, bridges, and irrigation, Andaya said.