Kim seeks approval from Xi ahead of North Korea summit

The visit signals China’s importance in the negotiation between the United States and North Korea.
Asia News Network / 07:46 AM January 12, 2019 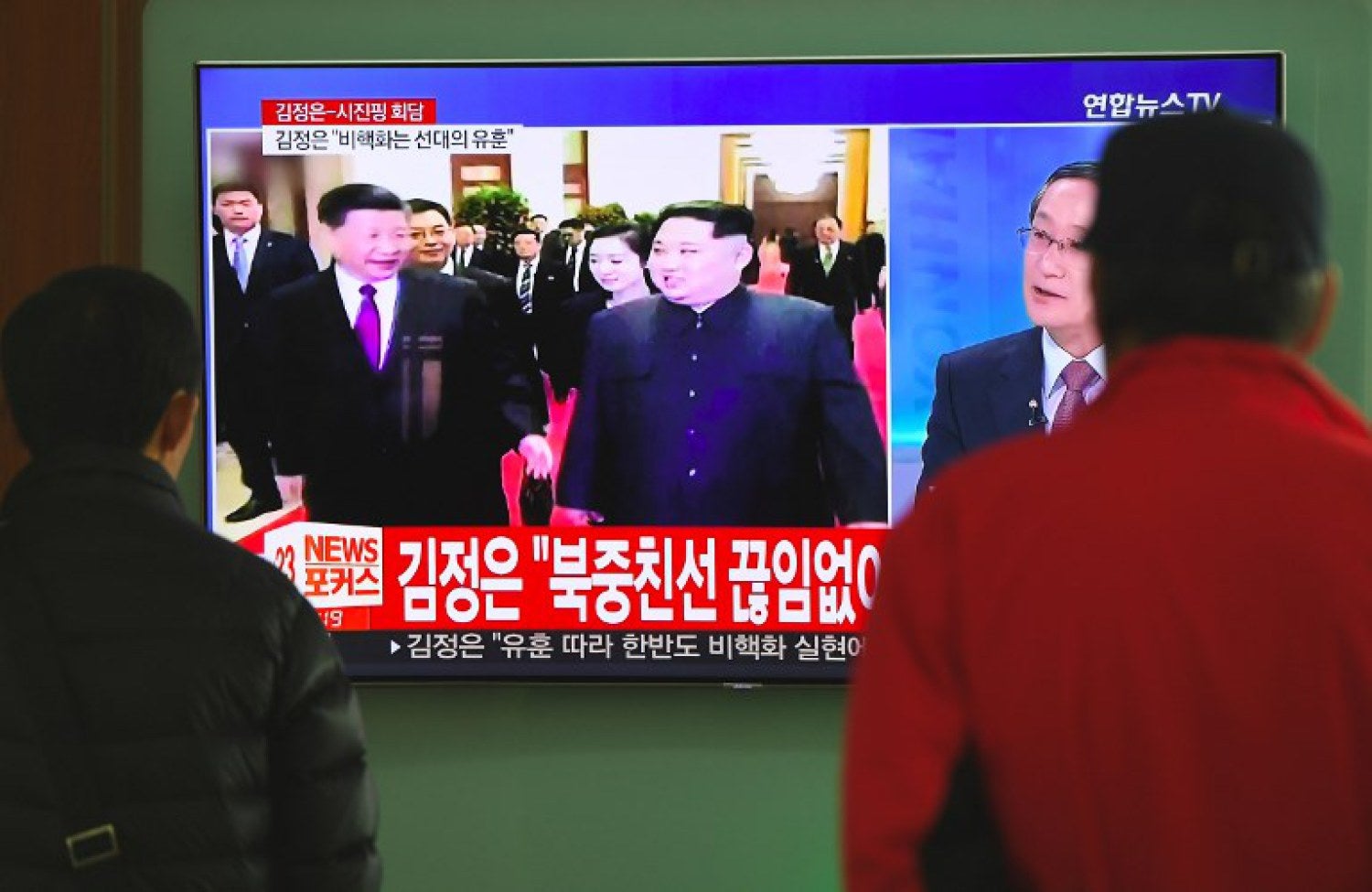 People watch a television news about a visit to China by North Korean leader Kim Jong Un, at a railway station in Seoul on March 28, 2018.
North Korea’s Kim Jong Un told Chinese President Xi Jinping that it was his “solemn duty” to make Beijing his first overseas destination and invited him to visit Pyongyang, the North’s official news agency reported on March 28. / AFP PHOTO / Jung Yeon-je

North Korean leader Kim Jong-un is heading home from three days of talks with Chinese President Xi Jinping on Wednesday afternoon, according to media outlets from the two countries.

The surprise trip was likely undertaken to give the two leaders an opportunity to convene ahead of an expected second summit with US President Donald Trump concerning denuclearization, but many are viewing the visit as a bargaining chip, or insurance policy that both North Korea and China stand to benefit from, and that leaves the United States’ position less secure.

Kim’s visit marks the North Korean leader’s fourth official visit to China in less than a year. Top officials from the two countries are expected to discuss both the agenda and potential location for Kim’s second summit with Trump.

The visit gives Kim an opportunity to suss out where his country stands with its closest ally before holding the second US-North Korea summit, more specifically what Xi’s plans might be regarding North Korean sanctions.

“Pyongyang and Beijing’s political interests match. For North Korea, the demonstration of a close relationship with China would serve as diplomatic pressure against the US and its sanctions,” Ko Myung-hyun, a researcher at the Asan Institute for Policy Studies, told The Korea Herald.

In short, the visit drives home the message that Kim doesn’t need Washington’s cooperation, if he is able rely on Beijing’s support. But the meeting also works to Xi’s advantage.

Washington depends on Beijing to be a productive partner in dealing with North Korean threats. In holding the meeting this week, Xi is potentially reminding Trump of the integral role China will play in the future of the Korean Peninsula, and not to take that partnership for granted—especially in light of the trade dispute that has continued on for the past nine months.

For its part, North Korea has taken relatively few steps towards the vague agreement inked by Trump and Kim in Singapore last year, and recent statements by the North Korean leader have not inspired confidence in the country’s commitment to that deal.

In his New Year’s Day address, Kim stuck to his preferred terms—that the United States must ease sanctions before denuclearization can happen—and that North Korea will remain a nuclear state, making it seem that the North is determined to hold onto the weapons it has built thus far.  /muf