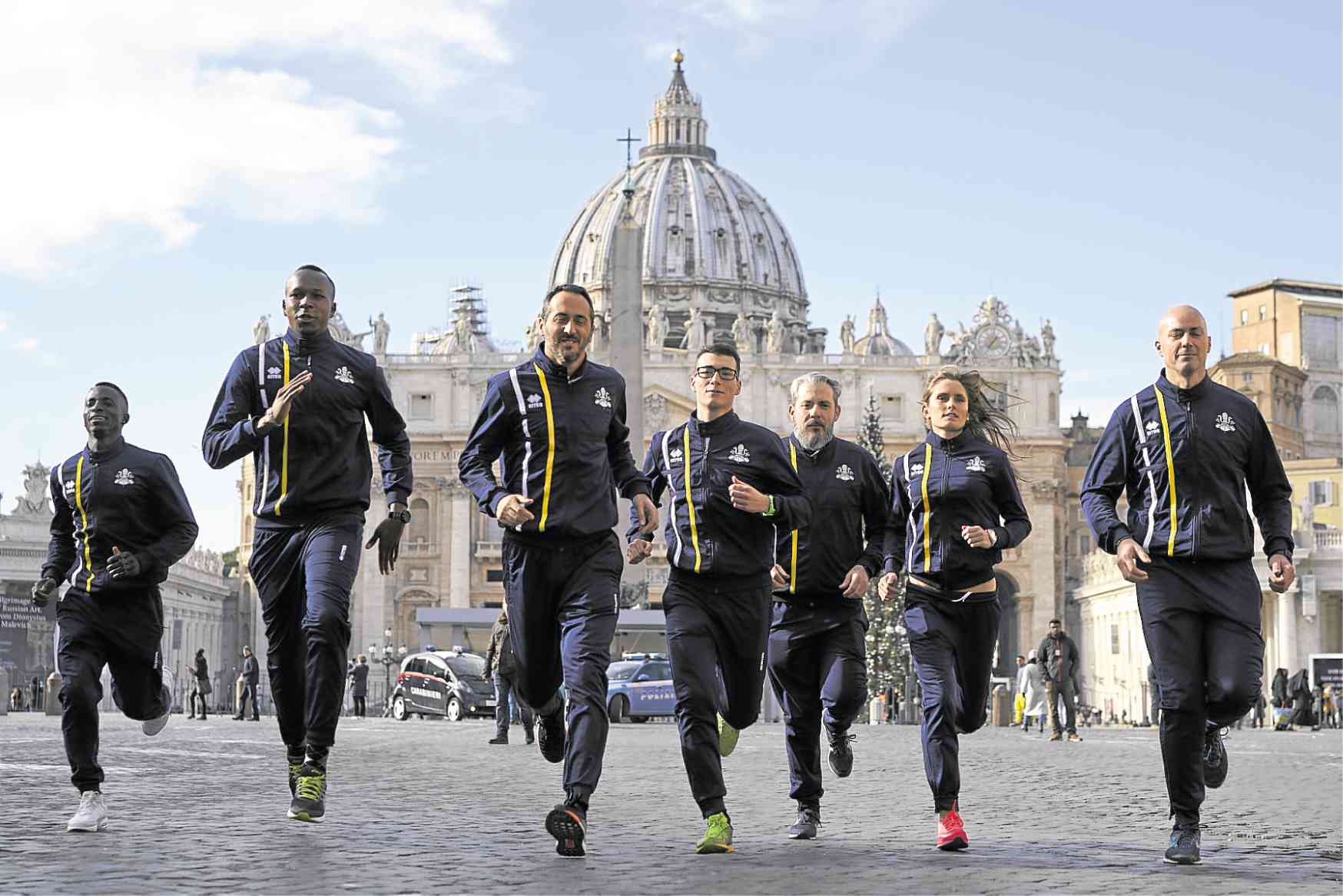 HOLY COW! Vatican athletes jog in front of St. Peter’s Basilica on Thursday after the launch of the Holy See’s track team. —AP

The newly formed Vatican athletics team, which is aiming to compete in international competitions, including the Olympics, was officially launched on Thursday after reaching a bilateral agreement with the Italian Olympic Committee (Coni).

So far there are 60 members of Vatican Athletics, the first sports association constituted in the Holy See, which includes nuns, priests, Swiss Guards and other workers.

Monsignor Melchor José Sánchez de Toca y Alameda, president of Vatican Athletics, said at the launch that the Olympic Games were “the dream but not in the short term.”

“The dream that we have often had is to see the Holy See flag among the delegations at the opening of the Olympic Games,” he said.

Alameda did not say if the Vatican would send athletes to the Tokyo Olympics, which the Japanese capital is hosting for the second time next year. Tokyo first held the Games in 1964.

But in the immediate future Vatican Athletics would like to be present at smaller competitions such as the Mediterranean Games.

Giovanni Malago, president of the Italian Olympic body, praised the latest initiative at the Holy See which already has football and cricket teams.

“It will be necessary to affiliate with other federations,” he told Vatican News.

“I’m sure this will happen. Today we have started a courageous and winning start up.”

The Coni agreement allows the team to take part in national and internationally sanctioned events and to have access to Italian national coaching and medical facilities.

The youngest athlete is a 19-year-old Swiss guard, and the oldest a 62-year-old professor of the Vatican Apostolic Library.

Vatican pharmacist and runner Michela Ciprietti said she welcomed the initiative as “sport is the means of bringing people together.”

The team’s first official event will be the Corsa di Miguel on Jan. 20, a 10-kilometer race in Rome honoring Miguel Sanchez, an Argentine distance runner who disappeared during the country’s dictatorship. —AFP