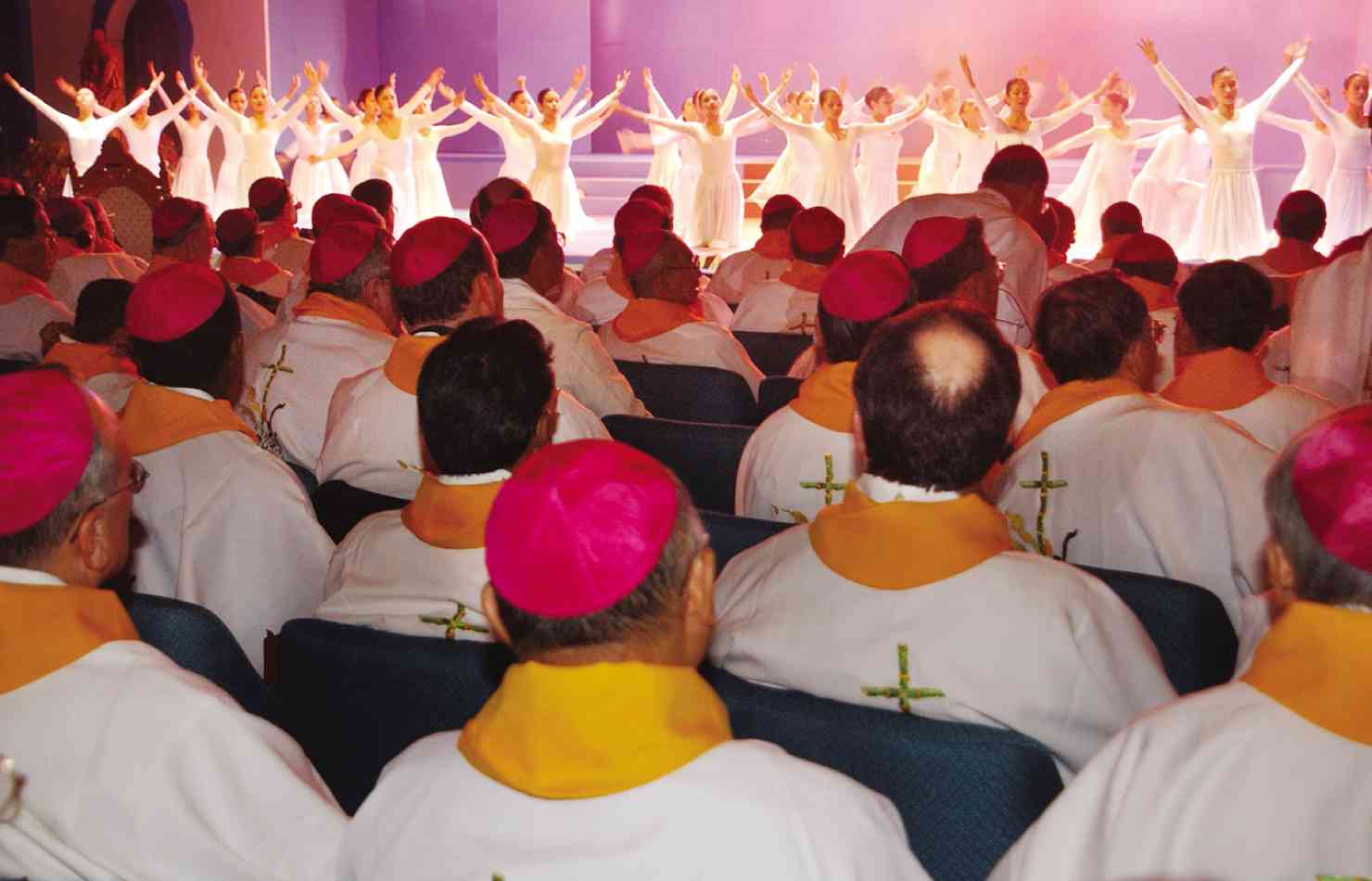 UNDER FRESH ATTACK Bishops are expected to resent President Duterte’s fresh remarks denouncing some of them as gays and “sons of bitches” for criticizing his bloody war on drugs. —EDWIN BACASMAS

President Rodrigo Duterte has lashed out anew at Catholic church leaders, denouncing them as “sons of bitches” and telling street bums to rob and kill bishops.

“Only I can say bishops are sons of bitches, damn you. That is true,” Mr. Duterte said in a speech on Thursday night during the groundbreaking ceremony for a public high school in Bulakan, Bulacan.

In remarks he made during Gov. Antonio Koh’s birthday party in Masbate a day earlier, the President urged the “tambay” to rob and kill bishops.

“Hey, you bums there when your bishop passes by, rob him. He has lots of money—the son of a bitch. Kill him!” he said.

There was no immediate reaction from the Catholic Bishops’ Conference of the Philippines.

On his Facebook page on Friday, Manila Auxiliary Bishop Broderick Pabillo, one of the President’s critics, posted a quote attributed to a 13th century Persian philosopher: “Silence is the language of God, all else is poor translation.”

Francis Lucas, chief executive officer of Catholic Media Network, played down the President’s attacks against the church and the clergy, saying all should show restraint.

“We have to be more sensitive to the sensitivities and sensibilities of others out of respect,” Lucas said.

At the Masbate governor’s birthday celebration, Mr. Duterte slammed clergymen who accused him of extrajudicial killings.

He said he was particularly piqued by priests who attack him in church.

“Do not use the pulpit,” Mr. Duterte said.

“Have yourself interviewed in your office, (and say) ‘We do not like the way Duterte is handling the problem because there are so many people, innocents, who are killed.’ If it were that way, it’s OK,” he said.

Speaking to the crowd in Bulacan, which included teachers and schoolchildren, the President also said most bishops were gay.

“They should come out in the open, cancel celibacy and allow them to have boyfriends,” Mr. Duterte said.

He had “nothing against gays,” he said. But he added: “The problem is, who will believe in you now?”

Mr. Duterte, who claims he was sexually abused by a priest when he was a schoolboy, has denounced the Catholc church as the most hypocritical institution in the country.

The Roman Catholic Church is facing clerical sexual abuse scandals in various parts of the world, although there have been no major cases in the Philippines.

In previous speeches, Mr. Duterte called God “stupid” and described the doctrine of the Holy Trinity as “silly.”

Holding up the book, “Altar of Secrets: Sex, Politics and Money in the Philippine Catholic Church” to his Bulacan audience, Mr. Duterte dared clergymen to prove him wrong about his allegations against the church and priests.

The book by the late journalist Aries Rufo is about wrongdoings and immorality, including sexual abuse and corruption, by some Catholic priests and bishops.

“If they answer this and say there is one false item here (in the book), wait for Holy Week. I will have myself nailed to the cross here in Bulacan,” he said to the applause of his audience.

“But please, not too long. Maybe I can stand 30 minutes. I can bear it, no bragging,” Mr. Duterte added.

His main complaint against many clergymen has been their criticisms of his brutal war on drugs and charges of extrajudicial killings.

The Philippine National Police has acknowledged that about 5,000 people, mostly poor people, have been killed in antidrug operations since Mr. Duterte took office in 2016. Human rights groups say the death toll was multiple times higher.

Police reject accusations that the killings were executions, saying drug peddlers and users were killed in shootouts, and officers only acted in self-defense.