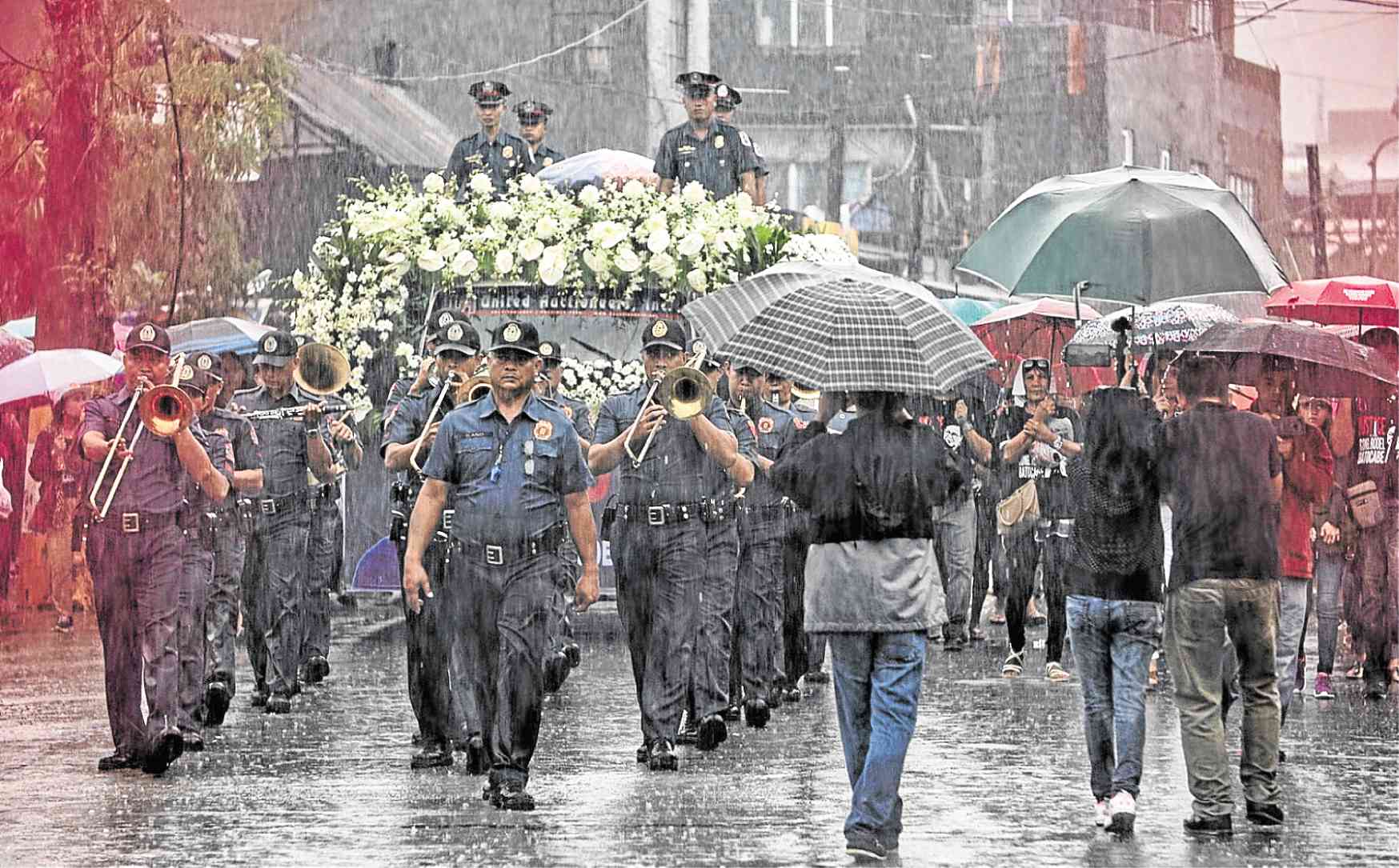 LEGAZPI CITY—Daraga Mayor Carlwyn Baldo, tagged as mastermind of the killing of Ako Bicol Rep. Rodel Batocabe, will not be disqualified from running for mayor until he was found guilty by a court.

Juana Valeza, Comelec regional director, said on Thursday that only the court can rule if Baldo was disqualified to run for an elective post.

Valeza said Baldo “can only be disqualified once the court found him guilty of the criminal offense he is accused of and issues a final and executory decision.”

She said Baldo, despite being accused of double murder and six counts of frustrated murder, was “still presumed innocent until proven guilty” according to law.

Batocabe and SPO2 Orlando Diaz were gunned down while leaving a Christmas event for senior citizens and persons with disabilities in Daraga, Albay, on Dec. 22.

Police were able to detain suspects Emmanuel Rosello, Rolando Arimado, Christopher Naval, Henry Yuson, Jaywin Babor and Danilo Muella who all admitted to being involved in the killing and pointed at Baldo as the mastermind.

At the time of his death, Batocabe was running against Baldo, who was seeking reelection, in Daraga’s mayoralty race.

Valeza also said Baldo is qualified to run for the mayoral post based on the certificate of candidacy he had submitted to the Comelec.

Earlier, the Lakas-Christian-Muslim Democrats Party stripped off Baldo of his nomination as the party candidate for mayor of Daraga town.

Valeza said she expected the Comelec en banc any time this week to approve a resolution declaring the entire town under Comelec control.

The Comelec would have the power to recall, remove and transfer policemen.

“If the situation becomes worse, we can ask for additional police and military troops to quell election-related atrocities,” Valeza added.

At the Regional Joint Peace and Security Coordinating Council  meeting, the Philippine National Police and the Philippine Army were asked to closely monitor the provinces of Masbate and Camarines Sur following reports of intense political rivalries and the presence of private armed groups, including New People’s Army.

Different task groups have been formed to step up the campaign on guns and set up Comelec checkpoints in several areas.

PNP data showed that there were so far 18 towns and cities across the country that were considered as election “hot spot” or areas of concern.

The list includes Camarines Sur and Masbate provinces in the Bicol region.