Trillanes charged with grave threats over ‘face off’ with Labor exec

The case is in connection with the complaint filed by Labor Undersecretary Jing Paras last year, accusing Trillanes of threatening his life when their paths crossed in the sidelines of a Senate hearing in May 2018.

The case, which was filed last December, alleged that Trillanes “threatened to kill” Paras when he said “Yayariin kita.” 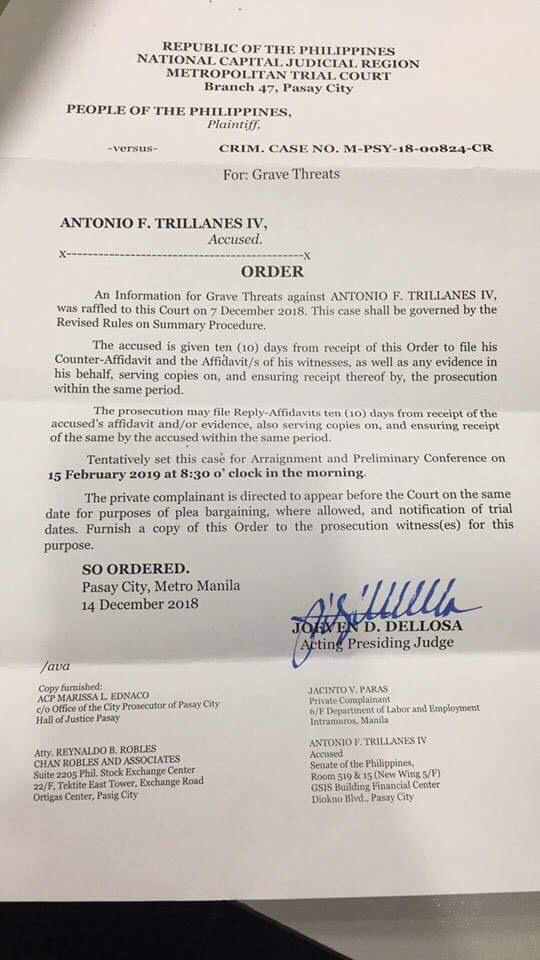 Trillanes is scheduled to be arraigned on February 15.

Paras, a former Negros Oriental Representative and a member of the Volunteers Against Crime and Corruption (VACC), is one of the four lawyers who filed complaints of graft, inciting to sedition, and proposal to commit coup d’ etat against Trillanes in November 2017.  /muf