Popular Siargao lagoon to close for a month 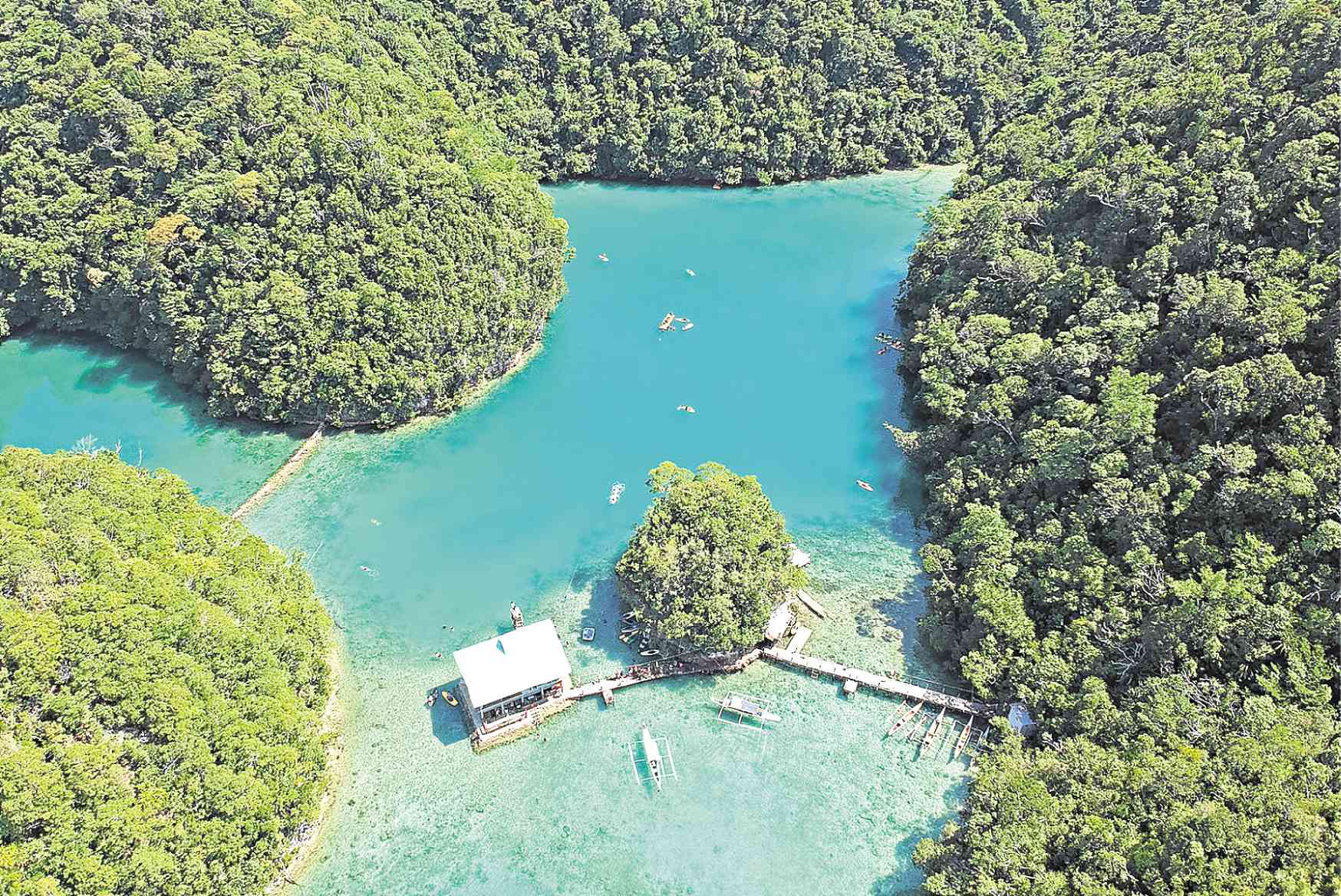 NATURAL HEALING Sugba Lagoon, one of the most sought-after tourist destinations on Siargao Island, will be closed for a month. —ERWIN MASCARIÑAS

BUTUAN CITY — An age of awareness about protecting popular tourism sites from abuse is sweeping many other once pristine locations, including Sugba Lagoon, one of the most sought-after destinations on Siargao Island.

The local government of Del Carmen town will rehabilitate the area to allow it to heal from the destructive impact of tourism and its popularity.

Alfredo Matugas Coro II, mayor of Del Carmen, said the local government decided to close down Sugba for a month starting on January 10 “as the area needs its well-deserved breather from the flock of tourists that has enjoyed the waters of the lagoon.”

“For one month every year, we allow nature to recover by itself,” Coro said.

“It’s more like a vacation leave, a time for the waters and its flora and fauna to heal as the lagoon is different compared to a beach,” the mayor said.

“It does not have a direct flow of water coming from the open sea,” he added.

According to the data from the Del Carmen local government, the lagoon had brought in more than P7 million in revenue in 2017.

Income figures for 2018 were not yet available but the area accommodates an average of 700 to 1,000 visitors per day.

“The sudden influx of visiting guests enjoying the clear turquoise waters of the lagoon has skyrocketed,” Coro said.

He said the first time the local government rehabilitated the lagoon, an estimated 300 to 400 visitors have been going to Sugba.

The mayor said the increase in the number of visitors also “spiked the need for boats” to bring the tourists to the island of Caub where Sugba is located.

More boats were also needed to bring tourists to other sites in Del Carmen, the mayor said.

He said at least 105 boats were now needed to meet an increasing demand.

In 2017, boats bringing tourists to Caub and Sugba started servicing package tours to other areas in Del Carmen that have been attracting more visitors, like the island of Kawhagan known for its white sand beach, Isla Berdi known for its clear and shallow blue waters and other tourists spots in Siargao.

The local government planned to reopen Sugba Lagoon before Valentine’s Day during which tourism arrivals were expected to peak.

The need to give tourism spots a breather was highlighted by a rant made by Mr. Duterte against pollution and unbridled development in Boracay.

The President’s rant led to a six-month rehabilitation of the island famous only for its white sand beaches and shallow waters but which had drawn the most tourists among Philippine destinations.