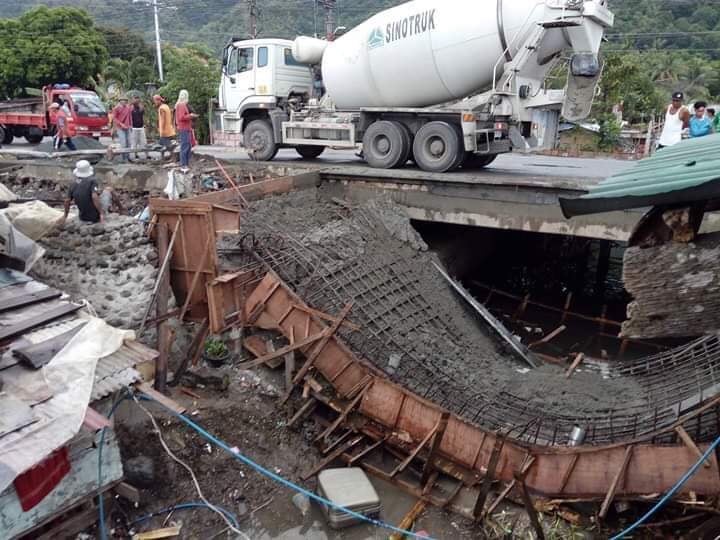 A portion of a bridge, currently under construction, in Barangay Burgos, Pakil Laguna collapsed on January 9. Contributed photo

SAN PEDRO  CITY—After a portion of a bridge under construction in Pakil town in Laguna province collapsed on Wednesday, the Department of Public Works and Highways (DPWH) placed the blame on the contractor handling the project.

Nilo Gavia, district engineer of the DPWH in Laguna, said on Thursday that the lack of scaffolds and support system caused the structure to give in when the workers poured cement on Wednesday.

“There was insufficient scaffold and support that was why it collapsed,” Gavia said in a phone interview.

“It’s not our fault but of the contractor,” he added.

The contractor of a P15-million project to construct the 9.5-meter bridge in Barangay Burgos was the St. Gerrard Construction General Contractor and Development Corporation, with an office address in Pasig City.

The project was meant to widen the two-lane Manila East Road that connects parts of Laguna province to Rizal.

Gavia said the DPWH has asked the company to make the necessary repairs “without additional costs to the government.”

He said the project should have been completed in November but was delayed due to bad weather and lack of construction materials.

No one was reported hurt in the incident./lzb