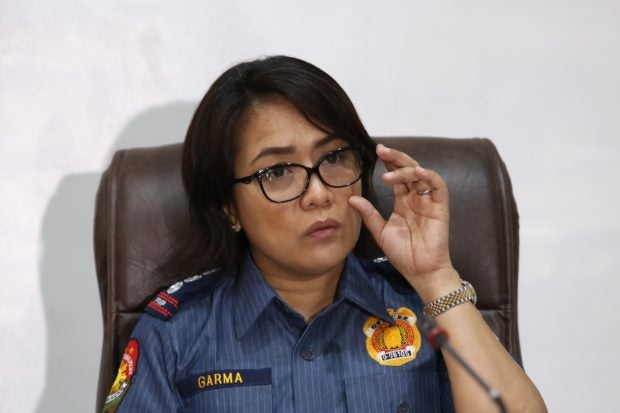 Senior Supt. Royina Garma, Cebu City Police Office director, tells reporters that the city government has not given support to policemen who will man the streets for the Sinulog 2019 festivities which will start on Thursday. photo by Junjie Mendoza / Inquirer Visayas

CEBU CITY — A day before the start of the Sinulog 2019 festivities, a top official of the Cebu City Police Office (CCPO) accused the city government of not providing support to ensure the success of the celebration.

Senior Supt. Royina Garma, CCPO director, said the local government has not given any support to policemen who would be deployed to the streets.

She said almost 5,000 personnel would be deployed to the streets and key venues during the Sinulog festivities.

“We have to make do with what we have now. Any assistance from the city government could really have been a big help to the police,” Garma said./lzb