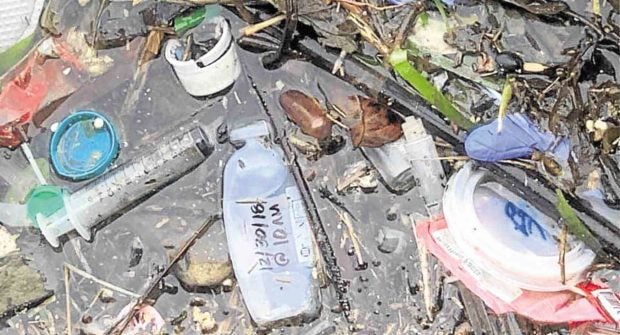 HOSPITAL TRASH Used syringes, chemical bottles and tubes containing blood samples from a hospital in Cebu City are found mixed with garbage in the waters off Barangay Ibo in Lapu-Lapu City. CONTRIBUTED PHOTO

CEBU CITY — A team from the Department of Environment and Natural Resources (DENR) in Central Visayas has been scouring the seas around Mactan Island for medical waste from a private hospital in Cebu City.

William Cuñado, director of the DENR’s Environmental Management Bureau in Central Visayas, said the team had zeroed in on the waters around Barangay Ibo in Lapu-Lapu City.

In a statement, officials of Chong Hua Hospital said they would coordinate with the DENR to shed light as to why medical waste from their hospital ended up in the sea at Barangay Ibo.

“Upon hearing the news, Chong Hua Hospital immediately initiated an investigation and would now work closely with the DENR and other concerned government agencies,” they said.

“As a nonstock, nonprofit organization, our no. 1 priority is the health and safety of the public,” they added. 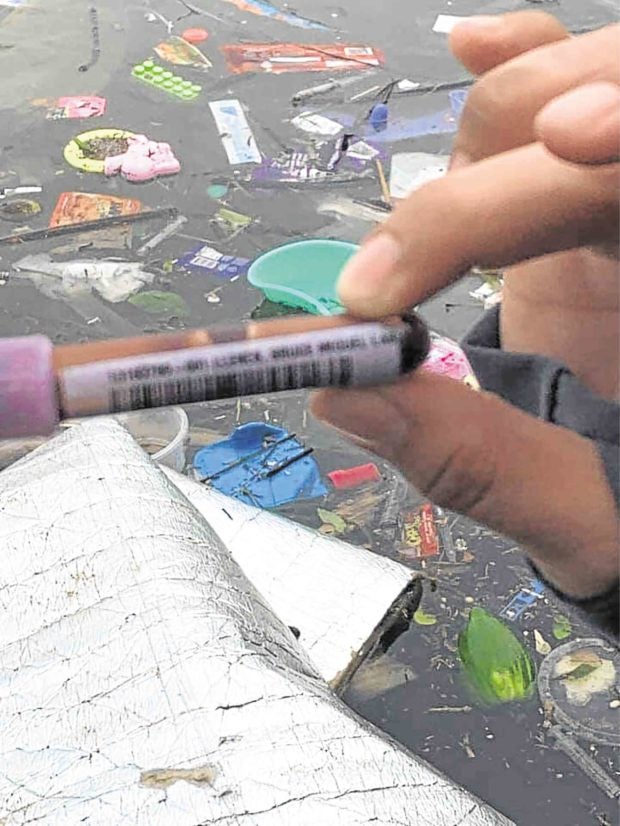 REVIEW Officials of Chong Hua Hospital in Cebu City say they will review their solid waste management policies after the discovery of waste from their hospital on Mactan Island.—CONTRIBUTED PHOTO

They assured that the waste had been “properly handled and disposed of by a company specifically hired by the hospital to do the job.”

“Nevertheless, we will review our solid waste management policies,” they added.

The hospital had been outsourcing the disposal of all its biohazard waste to Davao City Environmental Care Inc., which had been accredited by the DENR, the officials said.

“We intend to revisit our outsourcing processes and audit protocols to ensure the highest compliance to the DENR regulations and standards as well as protect the safety and welfare of the general public and our environment,” they said.

The photos and video posted on Facebook immediately went viral.

Some of the chemical bottles seen on the photos still had stickers bearing the name of the hospital where these came from.