Man arrested after occupying house of family on vacation 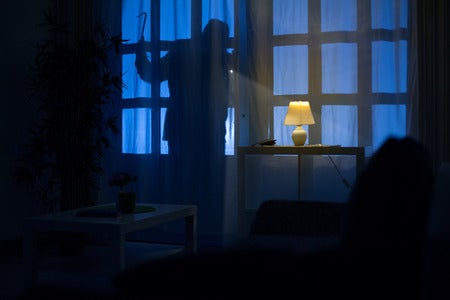 A 26-year-old man in Georgia, United States was incarcerated after he claimed a house of a family who went away for the holidays as his own.

Nathaniel Jacob Nuckols was charged with first-degree burglary and a misdemeanor charge of obstruction, as reported by WSB-TV on Saturday, Jan. 5.  The suspect, who claimed he had a gun and threatened to shoot the authorities, was also charged with terroristic threats.

Nuckols is imprisoned at Cobb County jail on a$33,220 (about P1.7 million) bond. The victims made a local hotel their home in the meantime while they restore their house to its condition before the incident.

Janice Henson’s family was taken by surprise when they returned home on Jan. 2 to find a man in a wheelchair occupying their house, the report stated. The man went as far as to change the locks and tell her to leave because the house was his.

Henson immediately contacted the police. Nuckols threatened to shoot the police, resulting in a stand-off with the police and SWAT officers which lasted for five hours.

The SWAT unit later destroyed the front door and sent in a robot to find the suspect, as per the report. Nuckols surrendered peacefully and the authorities did not find a gun, contrary to his earlier claim.

Henson did not know how long the suspect made their house his. Upon inspection, she found that some of their belongings were moved. She also noticed that all the food they stocked up was gone.

“He also left us notes thanking us for the key and thanking us for letting him live here, and it was his house now,” Henson said in the report. “He moved all the pictures, emptied drawers. He was making this house his.” Kate Matriano/NVG

Man broke into home, got owner to give him a ride

Why Macaulay Culkin feels bad for house burglars on Christmas