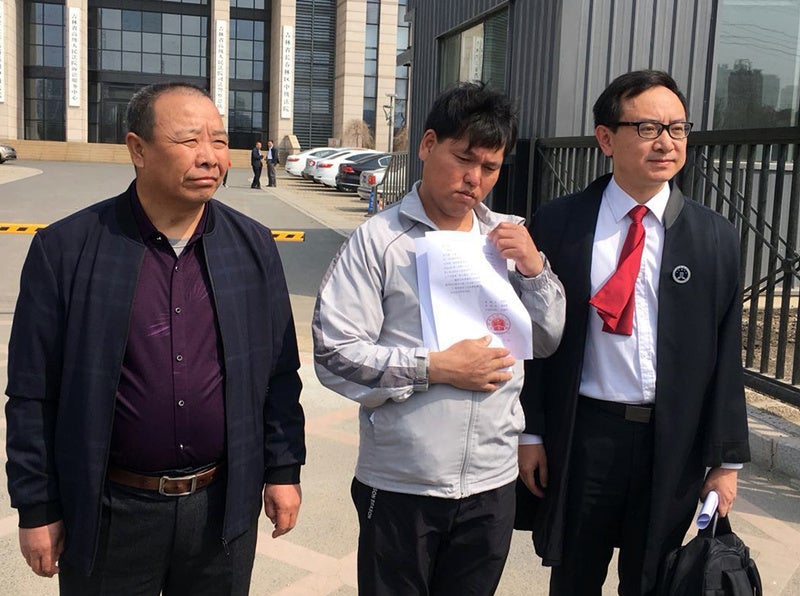 BEIJING — A man who spent 25 years in prison after being wrongly convicted of killing a woman in Northeast China received 4.6 million yuan ($672,000) in compensation on Monday.

Liu Zhonglin, a villager from Liaoyuan, Jilin province, was cleared of the crime on appeal in April. A month later, he applied for 16.6 million yuan in state compensation, including more than 7.87 million yuan for loss of personal freedom and 8 million yuan for mental anguish.

Both the total award and the portion for mental anguish were the highest amounts paid by a Chinese court in compensation for an overturned wrongful conviction since the 18th National Congress of the Communist Party of China in late 2012.

Liu’s lawyer, Qu Zhenhong, said on Monday, “I’m satisfied with the award, and I believe the money will help my client solve some difficulties in life.”

She applauded China’s growth in compensation in recent years, especially for mental anguish, saying the awards are effective in helping people like Liu live a better life.

According to a current judicial interpretation, payment for mental anguish should not exceed 35 percent of state compensation a person receives for damage to property or loss of personal liberty.

Qu said the reason that Liu’s 1.97 million yuan award for mental anguish exceeded the 35 percent standard might be because the court had taken his lengthy imprisonment into consideration.

She suggested that China further increase the percentage of the awards “because what we can do for wrongfully convicted people is to offer them practical aid — as much as possible”.

Liu, 50, said he was happy with the compensation and is considering using the money to do some small business deals in his hometown.

Police detained Liu in 1990 after a woman’s body was found in a field in the village of Liaoyuan. He was sentenced to death with a two-year reprieve for the crime of intentional homicide in July 1994.

A year later, the Jilin High People’s Court upheld the ruling. Liu and his family constantly appealed his conviction.

In March 2012, the high court decided to rehear the case, but the retrial did not begin until April 2016. At the time, Liu had been released after serving more than 25 years in custody.

Under the Chinese Criminal Law, the prison sentences of people given a suspended death penalty are reduced to 25 years if they do not commit new offenses and perform well during the two-year probation.

In November, the Supreme People’s Court said it is planing to raise the level of mental anguish compensation for wrongfully convicted people, but it did not clarify when the new interpretation would be issued.